Photos: Moonset as Seen From The International Space Station 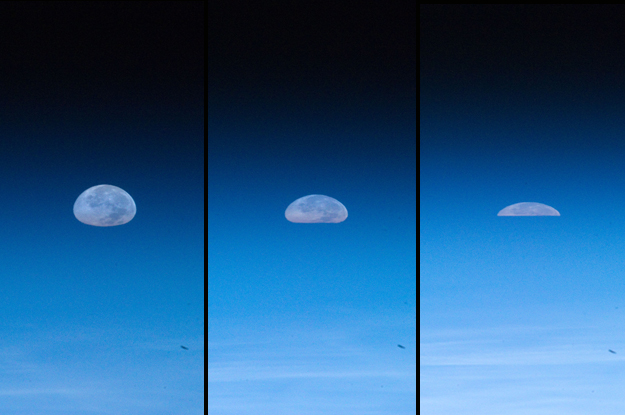 One of the Expedition 32 crew members aboard the Earth-orbiting International Space Station captured this image of the full moon on Aug. 1, 2012. Because of the home planet’s atmosphere, it is not easy at first sighting to recognize the heavenly body as the full moon. Another picture in this series depicts a totally different image of Earth’s natural satellite because of the lack of distortion caused by the atmosphere. Left | Middle | Right