By SpaceRef Editor
October 22, 2012
Filed under Blue Origin, Commerce, US

“The Blue Origin team worked hard and smart to pull off this first test of our suborbital Crew Capsule escape system. Please enjoy the photos and video. Gradatim Ferociter!” 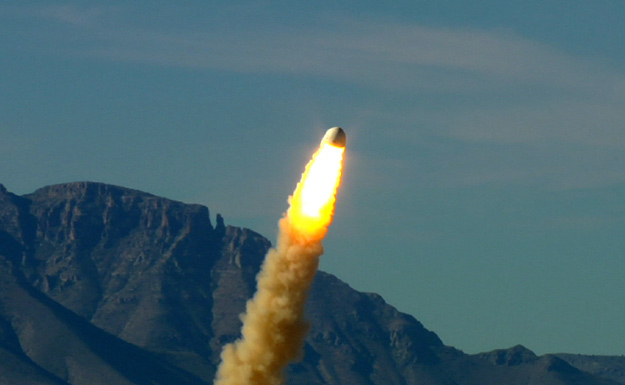 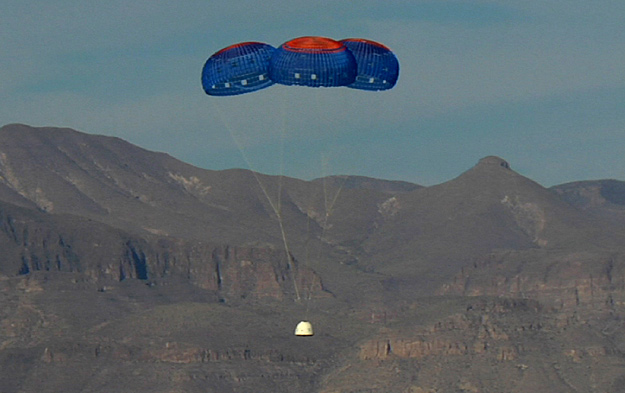 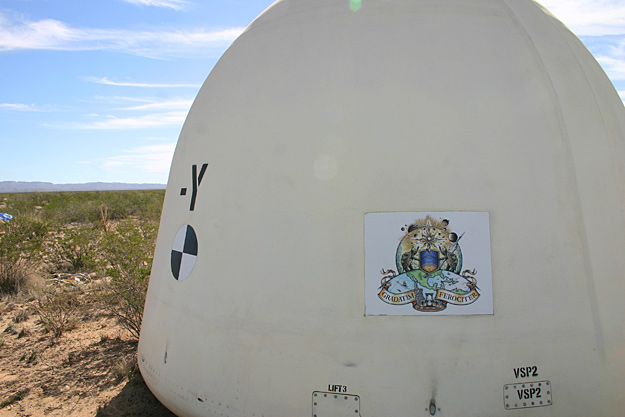 Blue Origin’s novel pusher escape system has been designed and developed to allow full-envelope crew escape in the event of an emergency on ascent for its suborbital New Shepard system. As part of an incremental development program, the results of this test will inform the design of the escape system for its orbital Space Vehicle. Traditional tractor escape systems are not compatible with reuse. Blue Origin’s pusher escape system is a key enabler of full-vehicle reusability, as well as improving the safety of human access to space.

“The first test of our suborbital Crew Capsule is a big step on the way to safe, affordable space travel,” said Jeff Bezos, founder of Blue Origin. “This wouldn’t have been possible without NASA’s help, and the Blue Origin team worked hard and smart to design this system, build it, and pull off this test. Lots of smiles around here today. Gradatim Ferociter!”

Video of the test is available on the Blue Origin website.

Blue Origin is testing the pusher escape system in partnership with NASA under the Commercial Crew Development (CCDev) program. As part of CCDev, Blue Origin earlier this year completed the System Requirements Review of its Space Vehicle, designed to provide safe, affordable transport of up to seven astronauts to low-Earth orbit and the International Space Station, as well as a full-power test firing of the thrust chamber for its new 100,000 lbf BE-3 LOX/LH2 engine.

Blue Origin, LLC (Blue Origin) is a private company developing vehicles and technologies to enable commercial human space transportation. Blue Origin has a long-term vision of greatly increasing the number of people that fly into space through low-cost, highly reliable commercial space transportation. For more information and a list of job openings, please visit us at www.blueorigin.com.