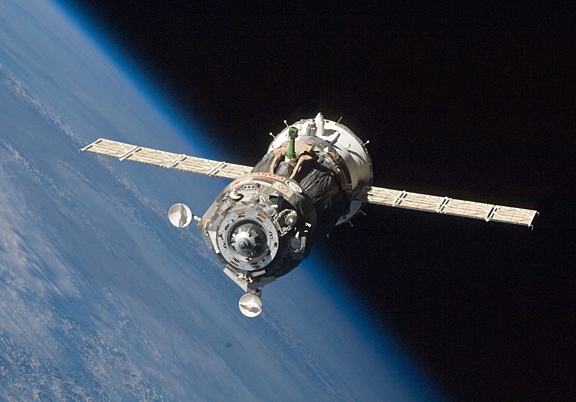 The Soyuz TMA-19 spacecraft departs the International Space Station on Nov. 25, 2010. Onboard are three members of Expedition 25 — NASA astronaut Doug Wheelock, commander; along with NASA astronaut Shannon Walker and Russian cosmonaut Fyodor Yurchikhin, both flight engineers. Yurchikhin, the Soyuz commander, was at the controls of the spacecraft as it undocked at 8:23 p.m. (EST) from the station’s Rassvet module. The blackness of space and Earth’s horizon provide the backdrop for the scene. high res (1.6 M) low res (63 K)