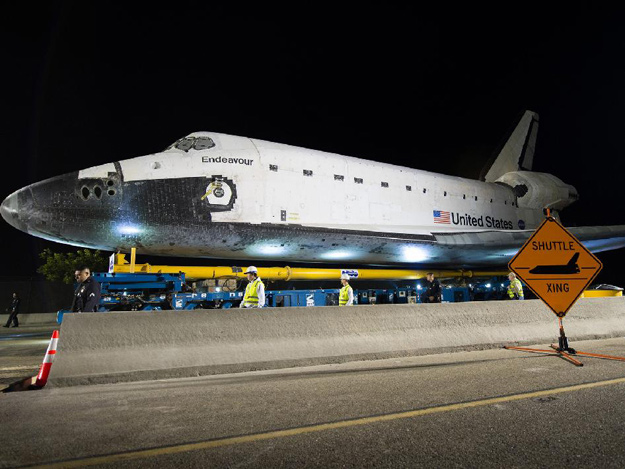 The space shuttle Endeavour is seen atop the Over Land Transporter (OLT) after exiting the Los Angeles International Airport on its way to its new home at the California Science Center in Los Angeles, Friday, Oct. 12, 2012.

Endeavour, built as a replacement for space shuttle Challenger, completed 25 missions, spent 299 days in orbit, and orbited Earth 4,671 times while traveling 122,883,151 miles. Beginning Oct. 30, the shuttle will be on display in the CSC’s Samuel Oschin Space Shuttle Endeavour Display Pavilion, embarking on its new mission to commemorate past achievements in space and educate and inspire future generations of explorers. Photo Credit: NASA/Bill Ingalls. Larger image