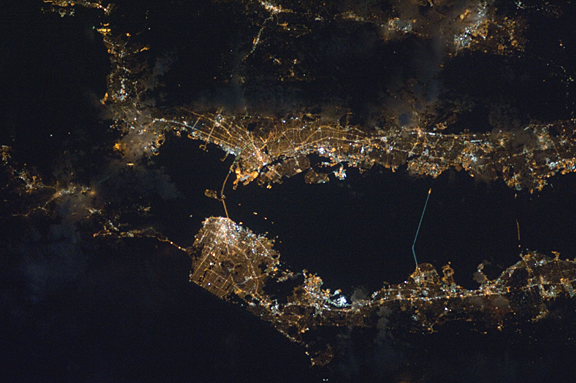 Though dark clouds limit the visibility of much of the eastern side (top of frame) of California’s Bay Area, lights expose most of the region’s highly populated areas. From 220 miles above Earth, the photo was recorded with a still camera equipped with a 180-mm lens on Dec. 26 by one of the crew members onboard the Earth-orbiting International Space Station. high res (1.9 M) low res (77 K)