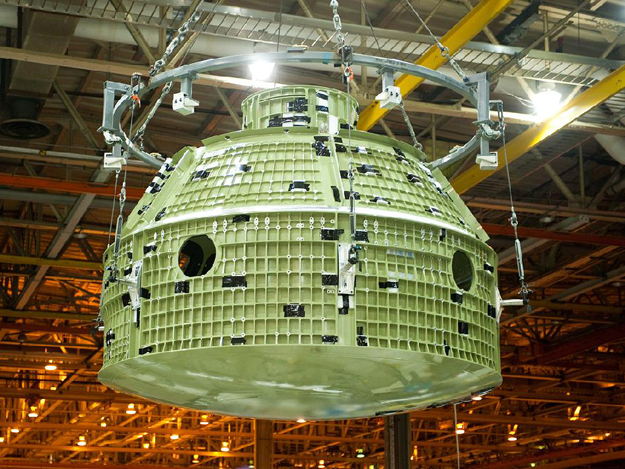 The NASA team at the Michoud Assembly Facility in New Orleans has completed the final weld on the first space-bound Orion capsule. The Exploration Flight Test 1 (EFT-1) Orion will be shipped to the Kennedy Space Center for final assembly and checkout operations.

The EFT-1 flight will take Orion to an altitude of more than 3,600 miles, more than 15 times farther away from Earth than the International Space Station. Orion will return home at a speed of 25,000 miles, almost 5,000 miles per hour faster than any human spacecraft. It will mimic the return conditions that astronauts experience as they come home from voyages beyond low Earth orbit. As Orion reenters the atmosphere, it will endure temperatures up to 4,000 degrees F., higher than any human spacecraft since astronauts returned from the moon.