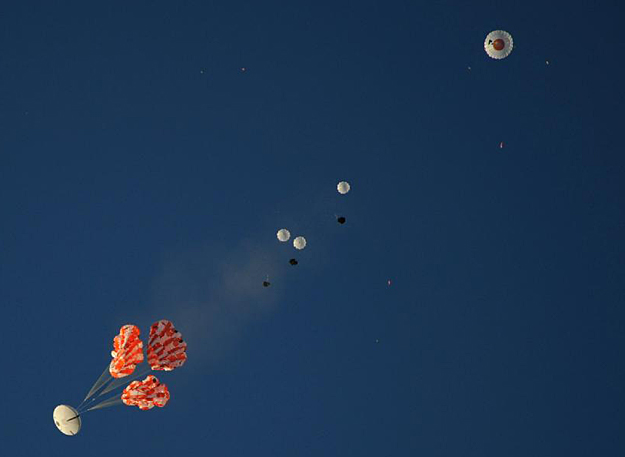 Three 300-pound main parachutes gently lower a mockup Orion capsule to the ground during a test at the U.S. Army Yuma Proving Ground in Arizona on Dec. 20. The test verified that the parachute design for the spacecraft – which will take humans farther than they’ve ever been before and return them to Earth at greater speeds than ever before – will work in the event of one of the capsule’s two drogue parachutes malfunctions. Image Credit: NASA. Larger image