Photo: Oahu As Seen From Orbit 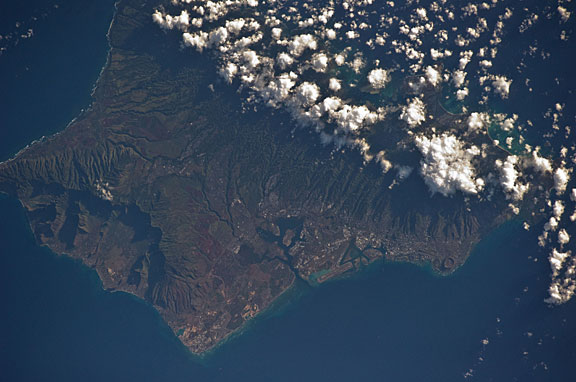 A member of the Expedition 23 crew onboard the Earth-orbiting International Space Station took this picture of Hawaii’s third largest island with an electronic still camera on April 23, 2010. Oahu is the commercial center of Hawaii, and tourism is the largest contributor to the economy. Among the many popular beaches is the renowned Waikiki Beach, backed by the famous Diamond Head, an extinct volcano. The largest community, Honolulu, is the state capital. Hickam Air Force Base is located on the island. ISS023-E-027824 (23 April 2010) — high res (1.3 M) low res (86K)