By SpaceRef Editor
January 5, 2012
Filed under Commerce, Orbital ATK, US 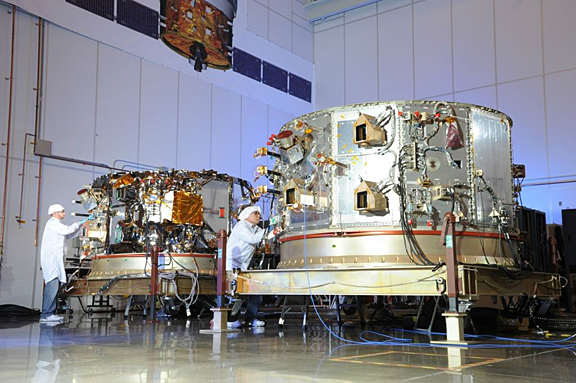 Integration and testing of Cygnus spacecraft service modules continues at our Dulles, VA Satellite Manufacturing Facility (SMF). The service module on the left in the photo below will be used for the Commercial Orbital Transportation Services (COTS) demonstration flight to the International Space Station (ISS) later this year. The service module on the right will carry out the first of eight cargo resupply missions under Orbital’s Commercial Resupply Services (CRS) contract with NASA, also scheduled for later this year. A third Cygnus service module (not shown) is also undergoing integration in a separate clean room facility in the facility.

The two service modules shown below are being integrated and assembled in a class 100,000 clean room prior to the beginning of environmental testing, the last major phase of the spacecraft development and testing prior to shipment to the Wallops Island, VA launch site, where it will be integrated with the Pressurized Cargo Module (PCM) that was delivered in 2011. The Cygnus service module on the left will begin its thermal vacuum testing in February, followed by mechanical environmental tests one month later. The banner seen on the wall above the Cygnus service modules is a full-scale depiction of the complete Cygnus system with its solar arrays deployed.

Further information at: Integration and Testing of Cygnus Service Modules 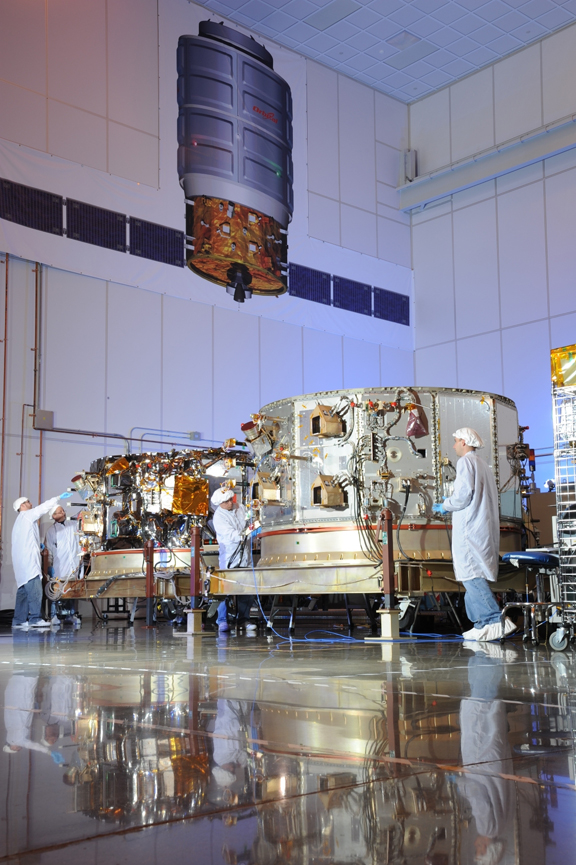