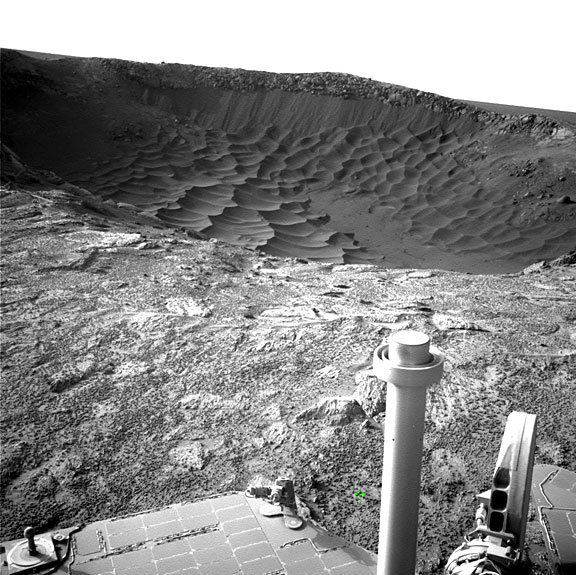 This image from NASA’s Mars Exploration Rover at the edge of “Santa Maria” crater shows diverse textures of the crater. Contrast has been enhanced to emphasize the textures. Opportunity used its navigation camera to record this view during the 2,476th Martian day, or sol, of the rover’s work on Mars (Jan. 10, 2011). The rover’s position was close to the crater’s lip on the southeastern edge of the crater. Santa Maria is about 90 meters (295 feet) in diameter.