Photo: Enterprise on the Hudson 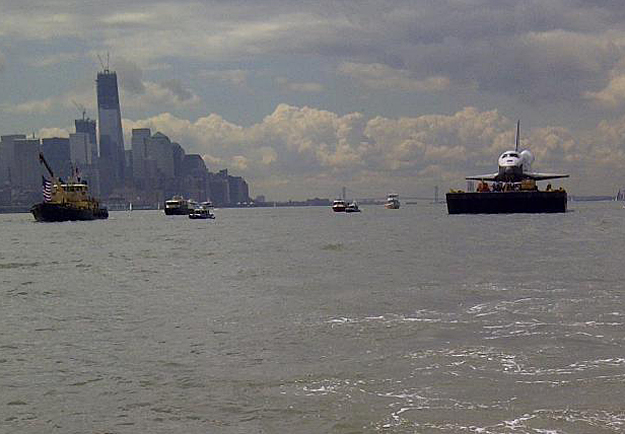 Enterprise, the prototype for the space shuttle fleet, arrived at the Intrepid Museum in New York City on Wednesday, June 6, 2012, to the museum’s Space Shuttle Pavilion, which will open to the public on July 19. Thousands however, got a sneak peek as they watched the shuttle move up the Hudson River. In this image, the shuttle is being towed by barge from a port in Jersey City, N.J. to the Intrepid, a retired World War II aircraft carrier that is now used to house aerospace and maritime exhibits. Image Credit: NASA/Bill Ingalls. Larger image