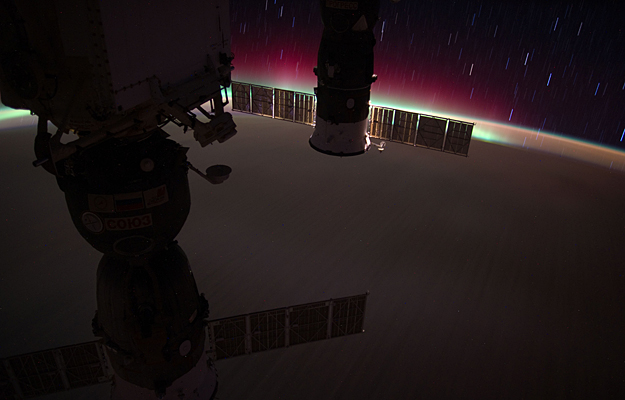 Aurora Australis and star streaks over the South Pacific Ocean are featured in this photograph taken by one of the Expedition 31 crew members when the International Space Station was above a point on Earth located at approximately 40.7 degrees south latitude and 162.9 degrees west longitude. Two Russian spacecraft, docked to the station, are seen in the foreground. ISS031-E-066053 (22 May 2012) high res (0.7 M) low res (43 K)