Photo: A Soyuz Approaches The ISS While The Moon Rises Over Earth 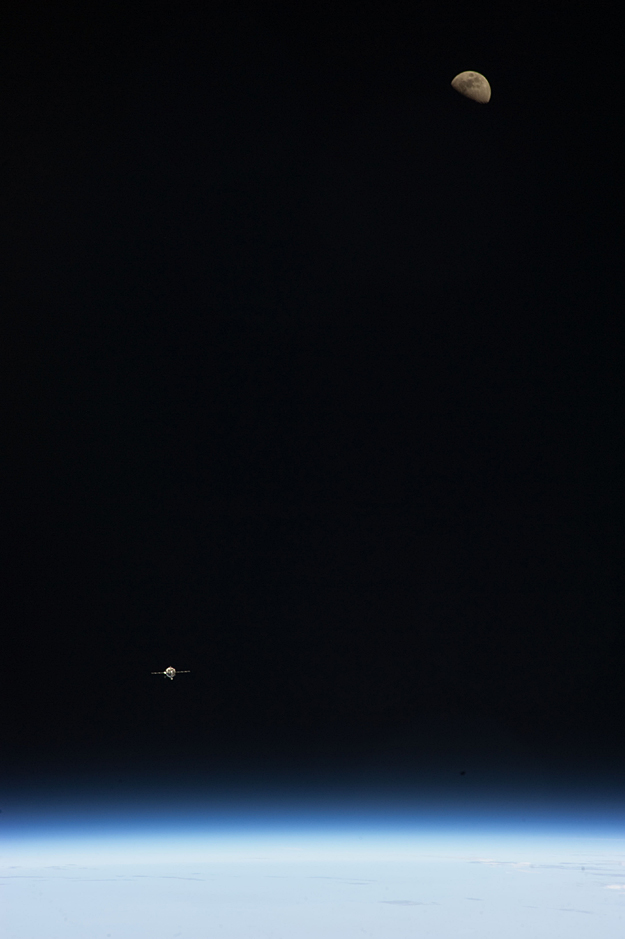 As the International Space Station and Soyuz TMA-07M spacecraft were making their relative approaches on Dec. 21, one of the Expedition 34 crew members on the orbital outpost captured this photo of the Soyuz (lower left) and a gibbous moon (upper right). Inside the approaching spacecraft were astronaut Chris Hadfield of the Canadian Space Agency, cosmonaut Roman Romanenko of Russia’s Federal Space Agency and NASA astronaut Tom Marshburn. ISS034-E-009895 (21 Dec. 2012) – high res (0.6 M) low res (29 K)