Outbound for the Frontier, NASA New Horizons Crosses the Orbit of Mars

By SpaceRef Editor
April 7, 2006
Filed under New Horizons, Pluto, US

New Horizons’ trailblazing journey to the solar system’s outermost frontier took it past the orbit of Mars today at 6 a.m. EDT (1000 UTC), 78 days after the spacecraft launched.

New Horizons reaches its next planetary milestone on February 28, 2007, when it makes its closest approach to Jupiter. Unlike the distant Mars passing today, the Jupiter encounter will be at close range, allowing New Horizons to make important scientific observations and to test procedures for its Pluto encounter in 2015. Additionally, New Horizons will use Jupiter’s powerful gravity to boost its speed and adjust its course toward Pluto and the Kuiper Belt. 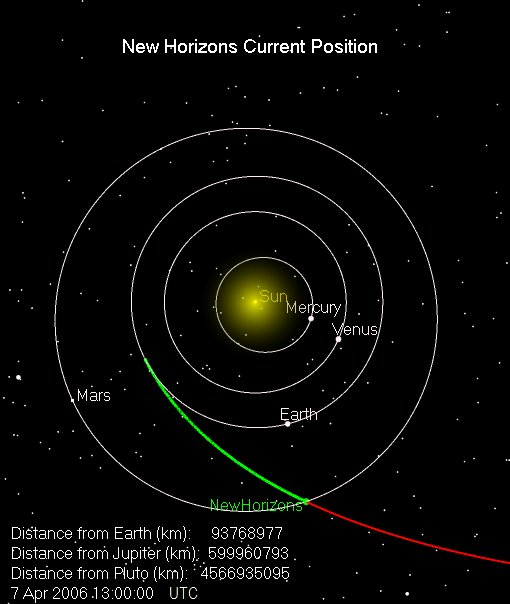