Opportunity in Good Health and Continues to Drive, Despite Lack of Downlink

Opportunity Status for sol 2301-2307 : Due to Odyssey’s safing event none of the planned Ultra-High Frequency (UHF) downlink passes for this period occurred.

All available X-band passes (which are normally uplink only) were changed to two-way, but supportable downlink data rates for these passes are low, and only basic engineering telemetry was received. However, this was enough data to determine that the rover continued to be in good health.

As a result of the lack of downlink data, very little in the way of activity was performed on the rover. A drive that had been designed based on Sol 2300 (July 14, 2010) data was uplinked and executed on Sol 2301 (July 15, 2010), and the telemetry available indicates that this drive ran nominally. 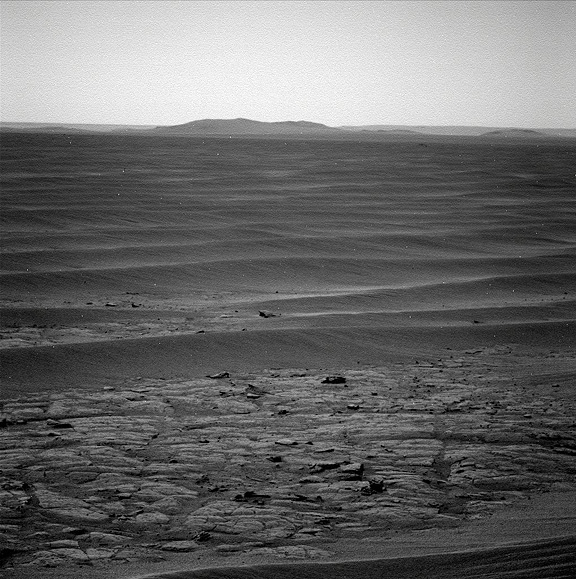