By SpaceRef Editor
March 21, 2016
Filed under Education, Nepal Robotics, US 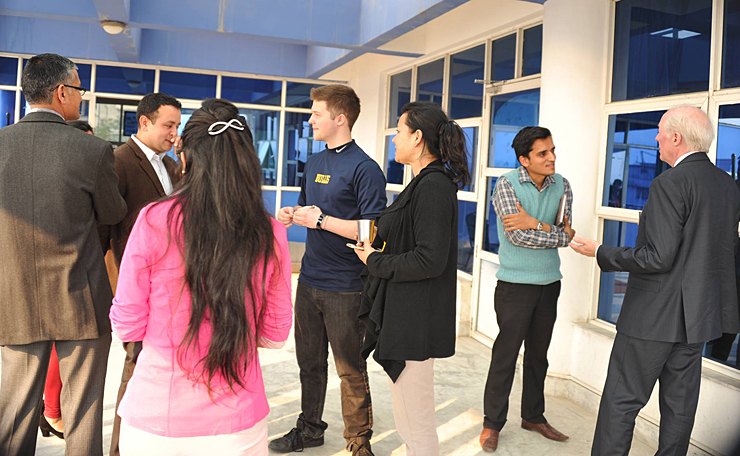 Day 3 was about as busy as day 2. I had the morning to myself an I worked on getting the drone ready for a presentation I had in the afternoon.

In the afternoon I presented to the Students at Kanjirowa, talking to them about the progress of my project and the current direction of their class curriculum. I had some time to meet with the 24 students who participate in the class to give them a more detailed update. They were really excited to see the drone I’ve built but also because the drone that I’ve built uses almost the exact same flight computer that they use. This means that have the resources available to build much bigger drones if they want to.

After that I had an opportunity to speak with the teachers at Kanjirowa and a local k-6 school. Teacher were able to ask me questions about how the curriculum will impact the Kanjirowa and the society around them. I also explained to them that Kanjirowa is a example for other schools to follow, with the help of the curriculum that Kashmir World Foundation has worked on we can get feedback from the teachers to see what we need to work on.

In the evening I had dinner with american diplomats to talk about the future of STEM in Nepal. They talked about Nepal’s first ever Maker Faire that they are supporting in September. This is to honor the opening of a Maker Space in Kathmandu with tools that students can use to work on their drones. They expressed interest in drone racing at the even, so it looks like I’ll be heading back there to participate.