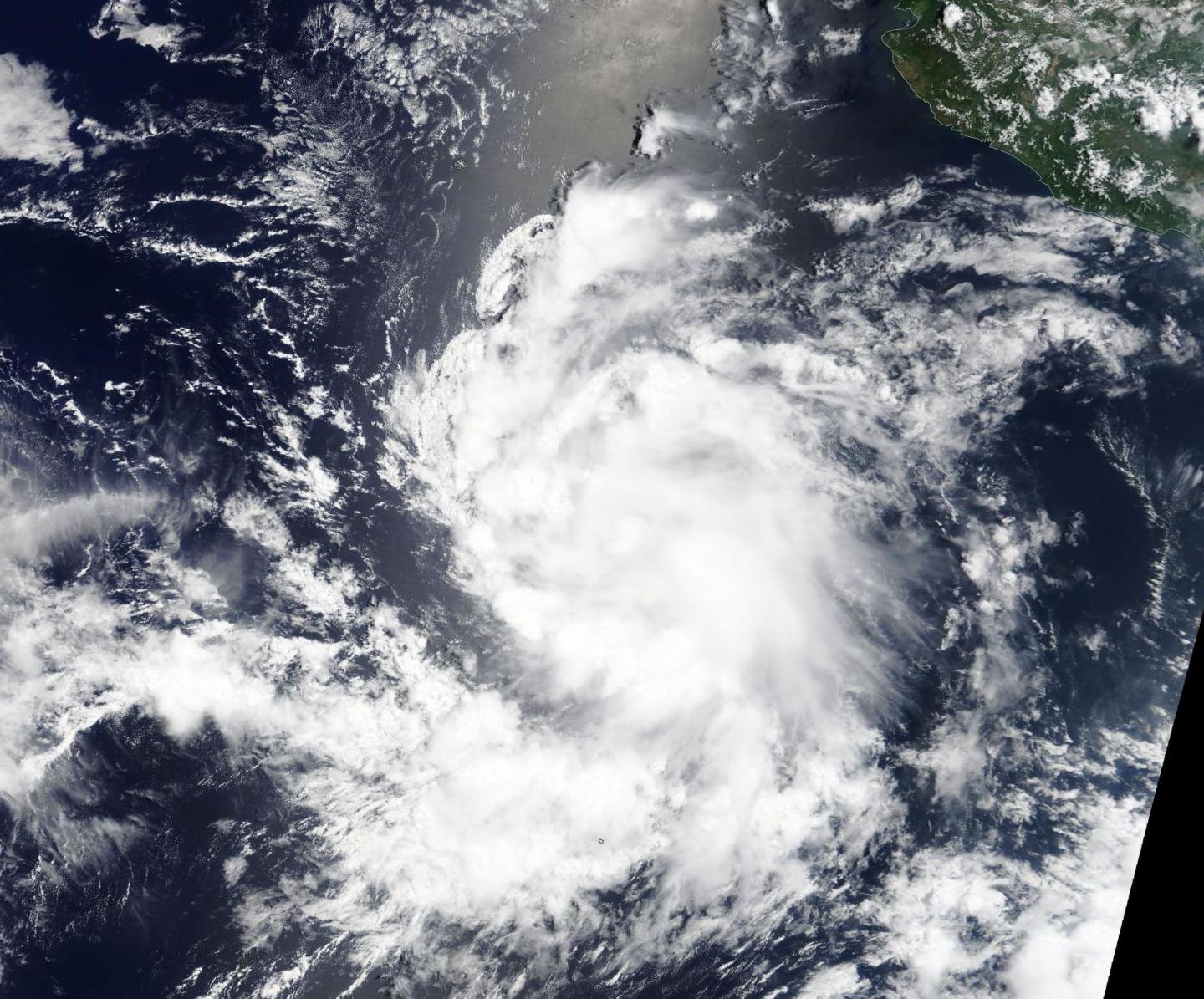 NASA Terra satellite provided a clear view of Tropical Storm Greg, located off the southwestern coast of Mexico. Greg is one of three tropical cyclones in the Eastern Pacific Ocean and is the closest to land.

On July 18 at 4:30 p.m. EDT (2030 UTC) the Moderate Resolution Imaging Spectroradiometer or MODIS instrument aboard NASA’s Terra satellite captured visible-light image of Tropical Storm Greg. The image showed powerful, high thunderstorms surrounding the center of circulation and bands of thunderstorms wrapping into the low-level center from the north and south. At the time, Greg’s maximum sustained winds were near 40 mph (65 kph) and it was strengthening. Greg peaked in intensity by 11 p.m. EDT that day when its maximum sustained winds reached 50 mph (85 kph).

On July 19 at 5 a.m. EDT (0900 UTC), NOAA’s National Hurricane Center (NHC) noted that Greg had weakened, but that’s only temporary. Maximum sustained winds were near 45 mph (75 kph) with higher gusts. The NHC said that gradual strengthening is forecast during the next 48 hours. The estimated minimum central pressure is 1,005 millibars.

The center of Tropical Storm Greg was located near 14.3 degrees north latitude and 111.0 degrees west longitude. That’s about 550 miles (885 km) southwest of Manzanillo, Mexico. Greg lies to the west of struggling Tropical Depression 8E and is preventing that depression from strengthening.