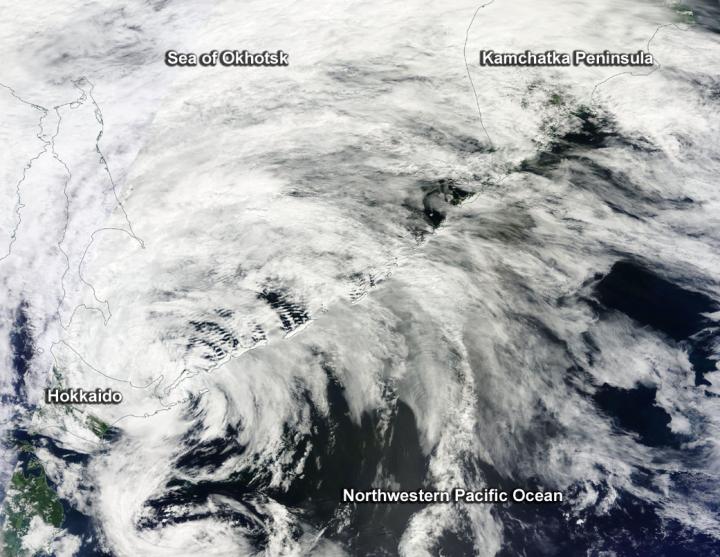 On Aug. 15, 2016 the Moderate Resolution Imaging Spectroradiometer aboard NASA’s Terra satellite captured a visible image of the clouds associated with the extra-tropical cyclone. In the image, clouds covered Japan’s island of Hokkaido and stretched over the Sea of Okhotsk and the southern portion of Russia’s Kamchatka Peninsula.

Hokkaido is Japan’s second largest island and the largest and northernmost prefecture. The Kamchatka Peninsula is located in far eastern Russia and is about 776 miles (1,250 kilometers) long. The peninsula is between the Sea of Okhotsk to the west, and the Pacific Ocean to the east.