NASA’s Shuttle Enterprise and the Crew of Starship Enterprise

By SpaceRef Editor
February 27, 2015
Filed under NASA HQ, US 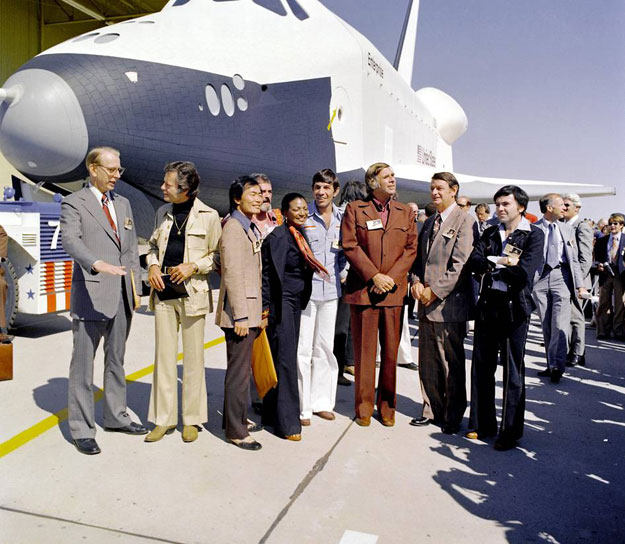 In 1976, NASA’s space shuttle Enterprise rolled out of the Palmdale manufacturing facilities and was greeted by NASA officials and cast members from the ‘Star Trek’ television series.

The sci-fi classic served as an inspiration for many at NASA over the years, and Nimoy joined other cast members at special NASA events and worked to promote NASA missions, as in this 2007 video he narrated before the launch of the Dawn mission to the asteroid belt. Nimoy also was there for the 1976 rollout of the shuttle Enterprise, named for the show’s iconic spacecraft.