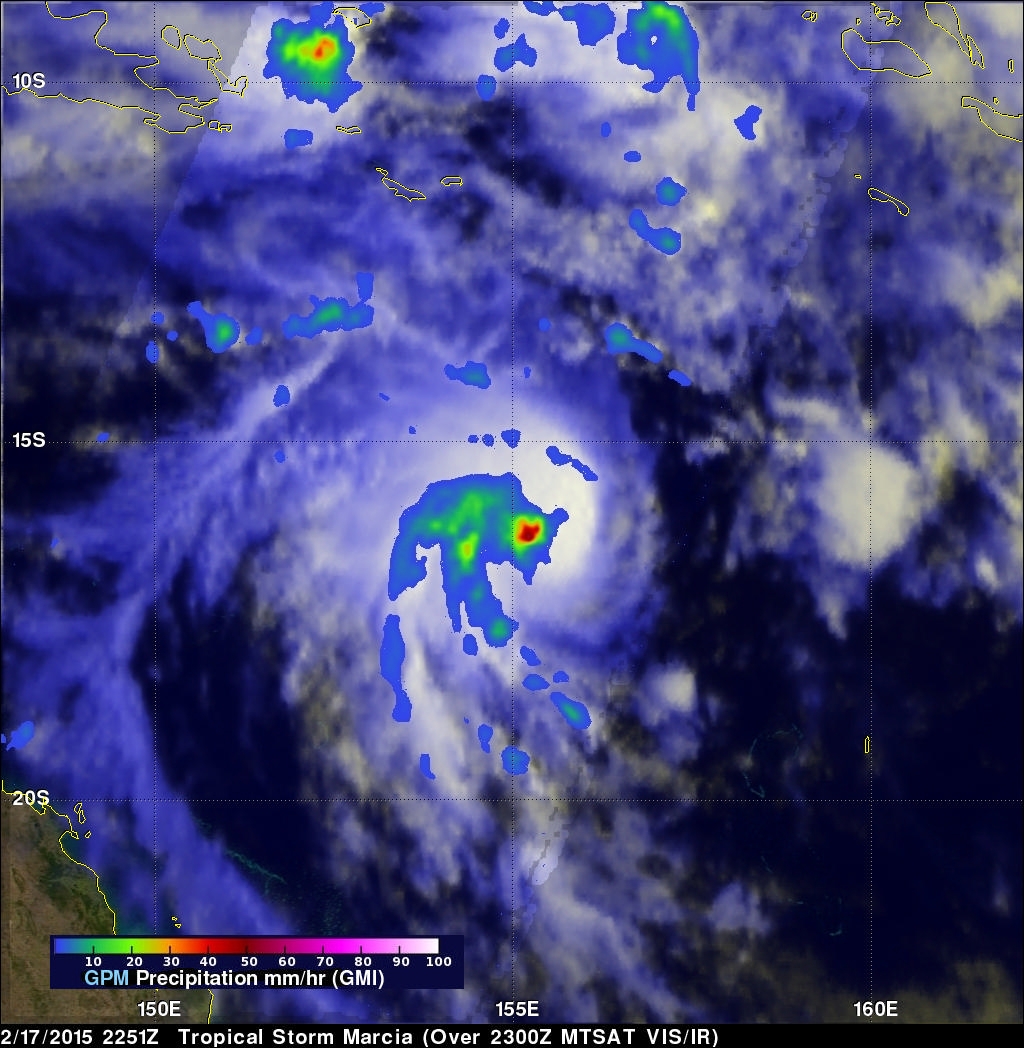 The GPM core observatory satellite measured rainfall occurring at over 60 mm (2.4 inches) per hour near Tropical Cyclone Marcia’s center on Feb. 17 at 2251 UTC.

Tropical Cyclone Marcia is threatening eastern Queensland, Australia and NASA satellites and instruments have been providing forecasters with data on rainfall, cloud extent and temperature and winds speed.

On Feb. 17 at 22:51 UTC (5:51 p.m. EST) when NASA and the Japan Aerospace Exploration Agency’s Global Precipitation Measurement or GPM core observatory satellite passed over Marcia, it measured rainfall rates. An analysis from GPM’s Microwave Imager (GMI) data showed that rain was dropping at a rate of over 60 mm (2.4 inches) per hour near the forming tropical cyclone’s center. 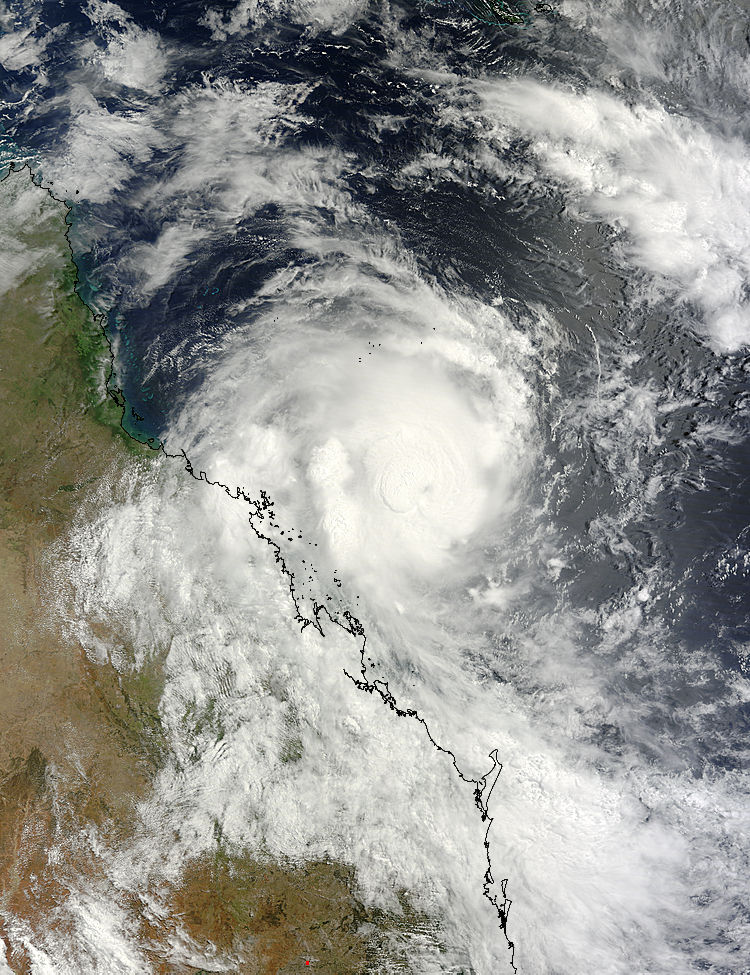 This visible image of Tropical Cyclone Marcia was captured by NASA’s Terra satellite on Feb. 19, 2015 at 00:10 UTC when it neared the Queensland coast.

The International Space Station’s RapidScat instrument captured a look at Tropical Cyclone Marcia’s winds as it neared eastern Queensland. RapidScat measured the winds from Feb. 18 at 00:08 UTC to 1:40 UTC and measurements revealed sustained winds to 56 mph/90 kph/25 meters per second, occurring near the center and southeastern quadrant of the storm.

NASA’s Terra satellite passed over Marcia on Feb. 19, 2015 at 00:10 UTC. The visible image clearly showed powerful, higher thunderstorms around the center of circulation that were casting shadows in the storms around them. Bands of thunderstorms wrapping into the center from both the eastern and western quadrants were apparent in the image, and the western quadrant was already over land.

The ABM forecast calls for Tropical Cyclone Marcia to continue moving in a south-southwest direction towards the Queensland coast, and make landfall between St. Lawrence and Gladstone later in the morning. ABM noted that a separate Severe Weather Warning was in effect to the south of Double Island Point and west to the Great Dividing Range. For all Queensland warnings from the Australian Bureau of Meteorology: http://www.bom.gov.au/qld/warnings/

The Joint Typhoon Warning Center expects Marcia to make landfall and re-emerge over the southern Coral Sea as a sub-tropical area of low pressure on Feb. 21, just south of Brisbane.