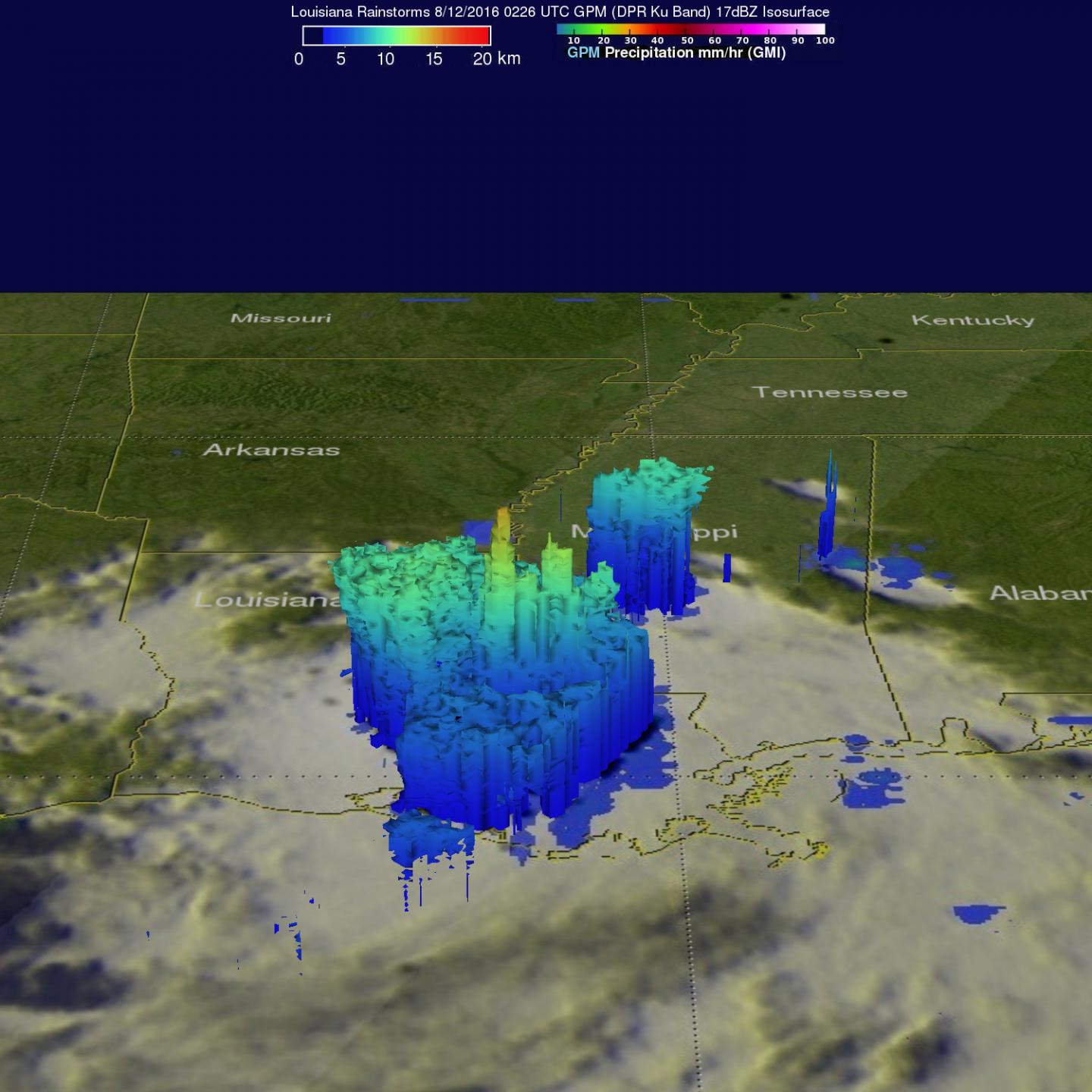 The low pressure center that has been gyrating over the northeastern Gulf of Mexico for days has now dropped very heavy precipitation over southeastern Louisiana. The Global Precipitation Measurement mission, or GPM, core satellite gathered rainfall data on the system and looked at it in three dimensions.

Up to 10 inches (254 mm) of rain since Thursday, Aug. 11, has already caused flooding in parts of the state. Today, Aug. 12 the National Weather Service issued flash flood warnings for many parts of southeastern Louisiana. Much of the New Orleans area is under a flood watch until Saturday morning, Aug. 13.

At NASA’s Goddard Space Flight Center in Greenbelt, Maryland, a 3-D image and animation were created using the GPM data. The 3-D structure of rainfall within the Louisiana thunderstorms during the evening of Aug. 11 was measured by GPM’s Radar (DPR Ku Band). DPR found that a few storm tops were reaching heights of over 9.9 miles (16 km). The GPM core observatory satellite gave further evidence of the power within these storms when it found that radar reflectivity values of over 53 dBZ were returned by some intense showers.

GPM is a joint mission of NASA and the Japan Aerospace Exploration Agency.

For updates on the area forecasts, visit the National Weather Service website: http://www.weather.gov.