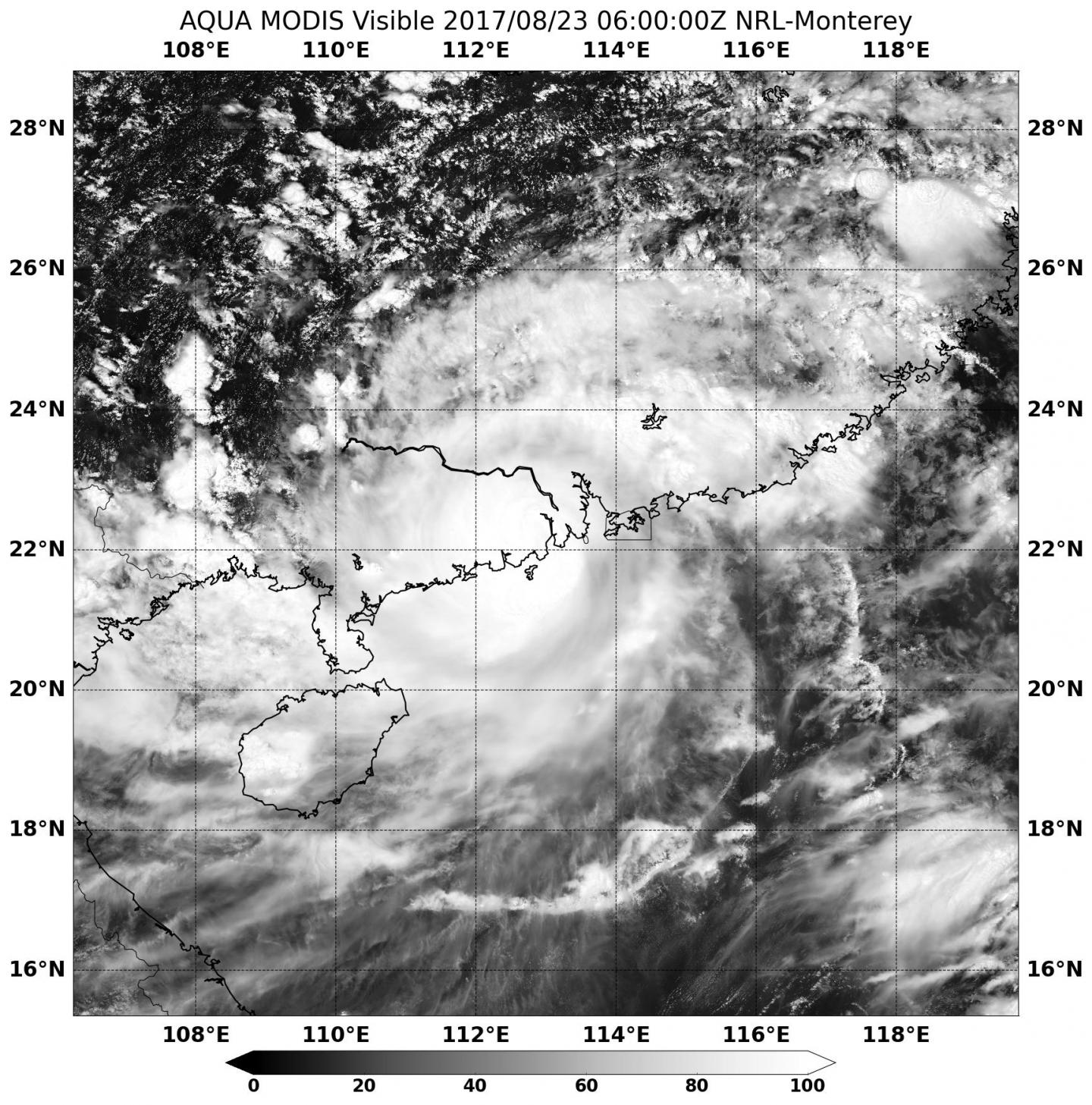 NASA’s Aqua satellite passed over Typhoon Hato just hours after it made landfall in southeastern China. Hato made landfall in mainland China around 0300 UTC on Aug. 23 (11 p.m. EDT on Aug. 22). China’s weather service reported Hato’s landfall occurred in the city of Zhuhai, in Guangdong province.

On Aug. 23 at 2 a.m. EDT (0600 UTC) the Moderate Resolution Imaging Spectroradiometer or MODIS instrument aboard NASA’s Aqua satellite captured a visible image of Hato just three hours after the center of the storm made landfall just west of Hong Kong. The image showed powerful thunderstorms surrounding the center of circulation. In the image the southeastern quadrant of the storm was still over the South China Sea.

Hato was weakening as it continued tracking over land. The Hong Kong Observatory (HKO) canceled all signals (warnings at 8:40 p.m. local time. HKO noted “With Hato weakening and moving away from Hong Kong, local winds have further moderated. As there are still swells at first, members of the public should remain on the alert.”