This emblem represents the Ninth Expedition to the International Space Station. Expedition 9 Commander Gennady Padalka and Flight Engineer Mike Fincke are set to rocket toward the station in April, along with European Space Agency Astronaut Andre Kuipers.

Flying across the emblem is an eagle representing the spirit of Human Space Flight, with stars on its wings honoring the astronauts and cosmonauts who gave their lives in this valiant endeavour.

The astronaut symbol is flanked by the Expedition 9 crew names leaning together, with a stylized “9” as the plume of their rocket. The eagle carries the baton of discovery, passing it to the crew of the spaceship advancing to their orbital outpost. 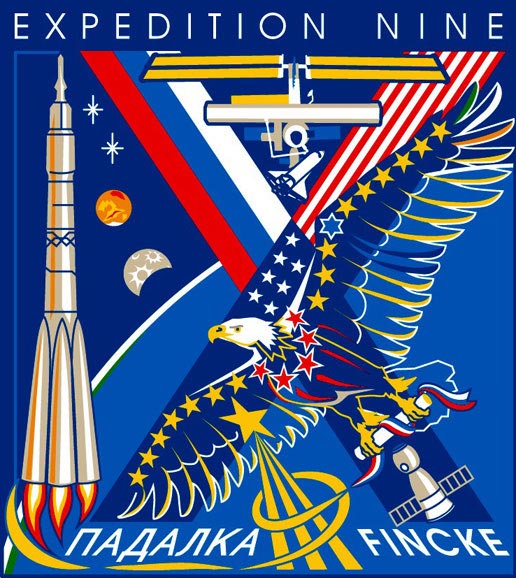