NASA tracks Typhoon Dolphin on approach to Iwo To 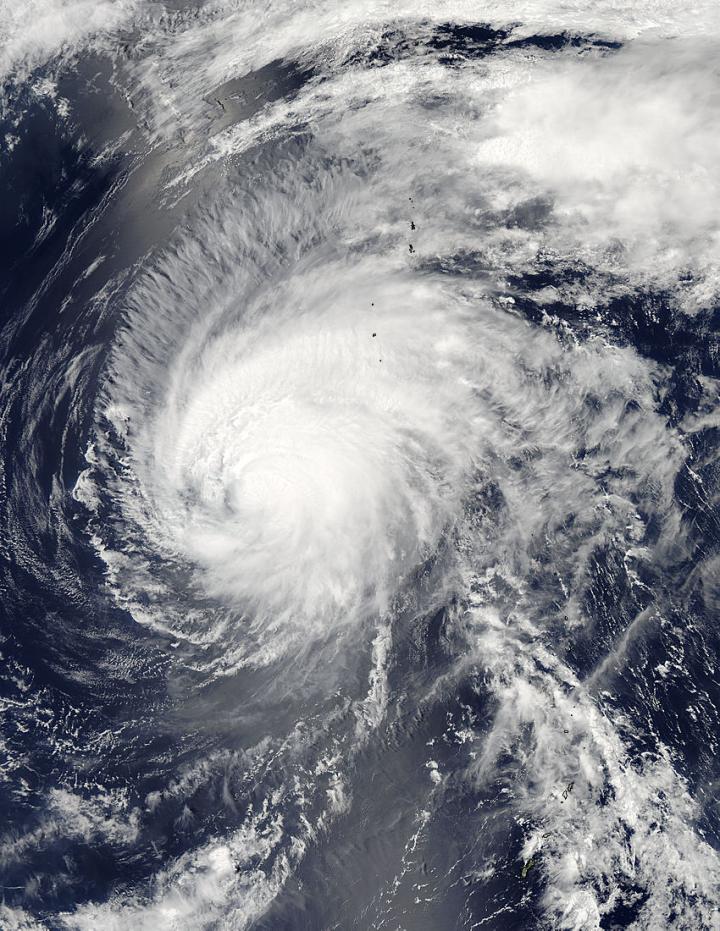 NASA’s Aqua satellite passed over a weakening Typhoon Dolphin on May 18 as it moved closer to Iwo To island, Japan, in the Northwestern Pacific Ocean.

The MODIS instrument or Moderate Resolution Imaging Spectroradiometer instrument that flies aboard NASA’s Aqua satellite passed over Typhoon Dolphin on May 18 at 04:00 UTC (12 a.m. EDT). MODIS provided a visible look at the storm that showed southwesterly vertical wind shear was affecting the storm and pushing clouds and showers to the northeast of the center of circulation. Although the eye is not apparent in the MODIS visible imagery, microwave imagery did confirm that a ragged eye still existed today, May 18.

Meteorologists at the Joint Typhoon Warning Center adjusted the forecast track and now take Dolphin west of Iwo To. That means that the strongest winds and heaviest rainfall, located on the northeastern side of the storm is more likely to affect the island as it passes by on May 19. Dolphin is expected to maintain typhoon strength through May 19 and begin transitioning to an extra-tropical cyclone on May 20 when it weakens to tropical storm strength as a result of increased vertical wind shear and movement over cooler sea surface temperatures.