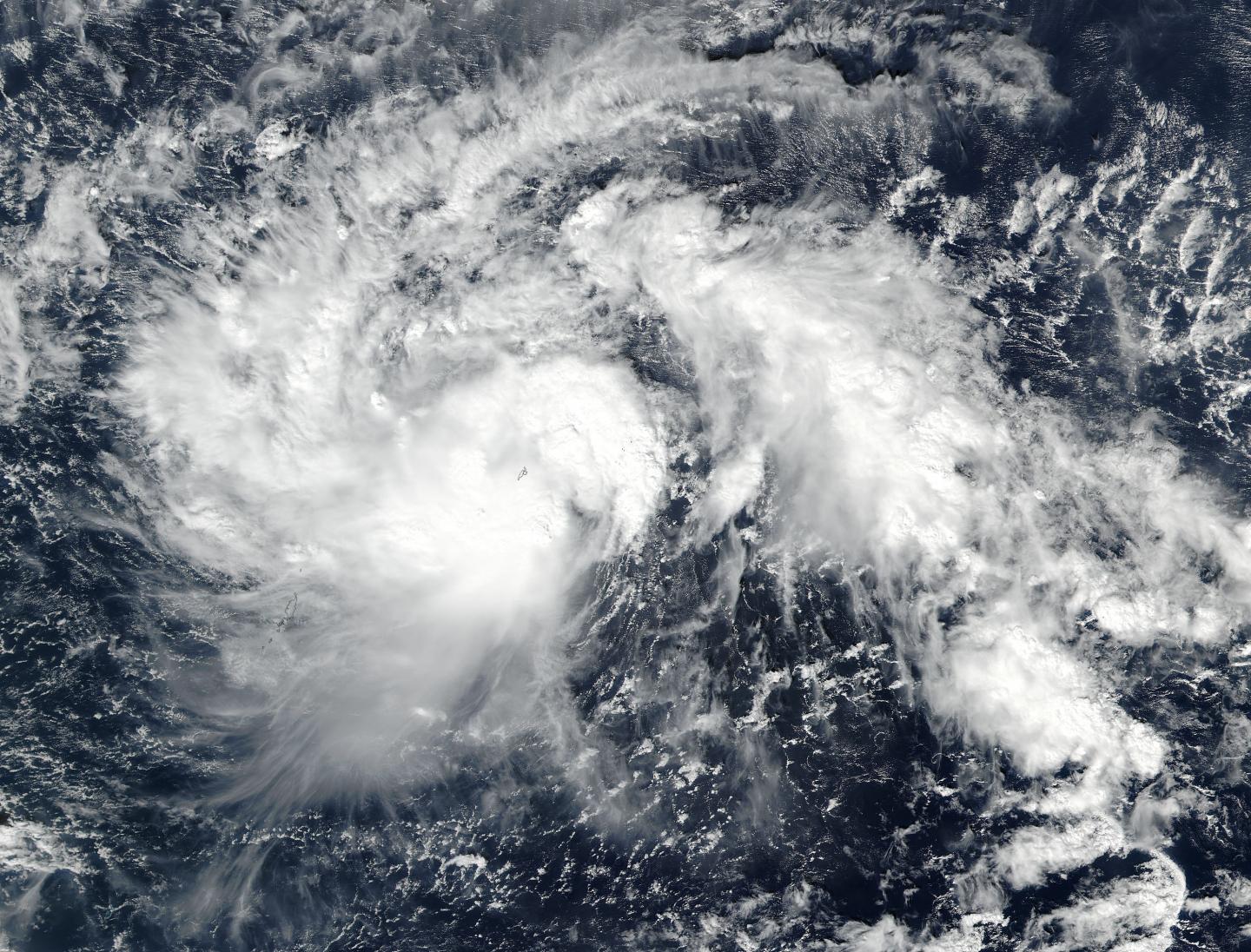 NASA’s Aqua satellite flew over the Northwestern Pacific Ocean and captured a visible image of Tropical Storm Nock-ten after it strengthened from a tropical depression.

On Dec. 22 at 0348 UTC (Dec. 21 at 10:48 p.m. EST) the Visible Infrared Imaging Radiometer Suite (VIIRS) instrument aboard NASA-NOAA’s Suomi NPP satellite provided a visible-light image of the storm. The image showed bands of thunderstorms wrapped around the low-level center of circulation and a fragmented band of thunderstorms east of the center.

JTWC’s forecast track carries Tropical Storm Nock-ten in a west-northwesterly path and it is expected to intensify to typhoon strength on Dec. 24. The storm is then forecast to track through the north and central Philippines Dec. 25 and 26.