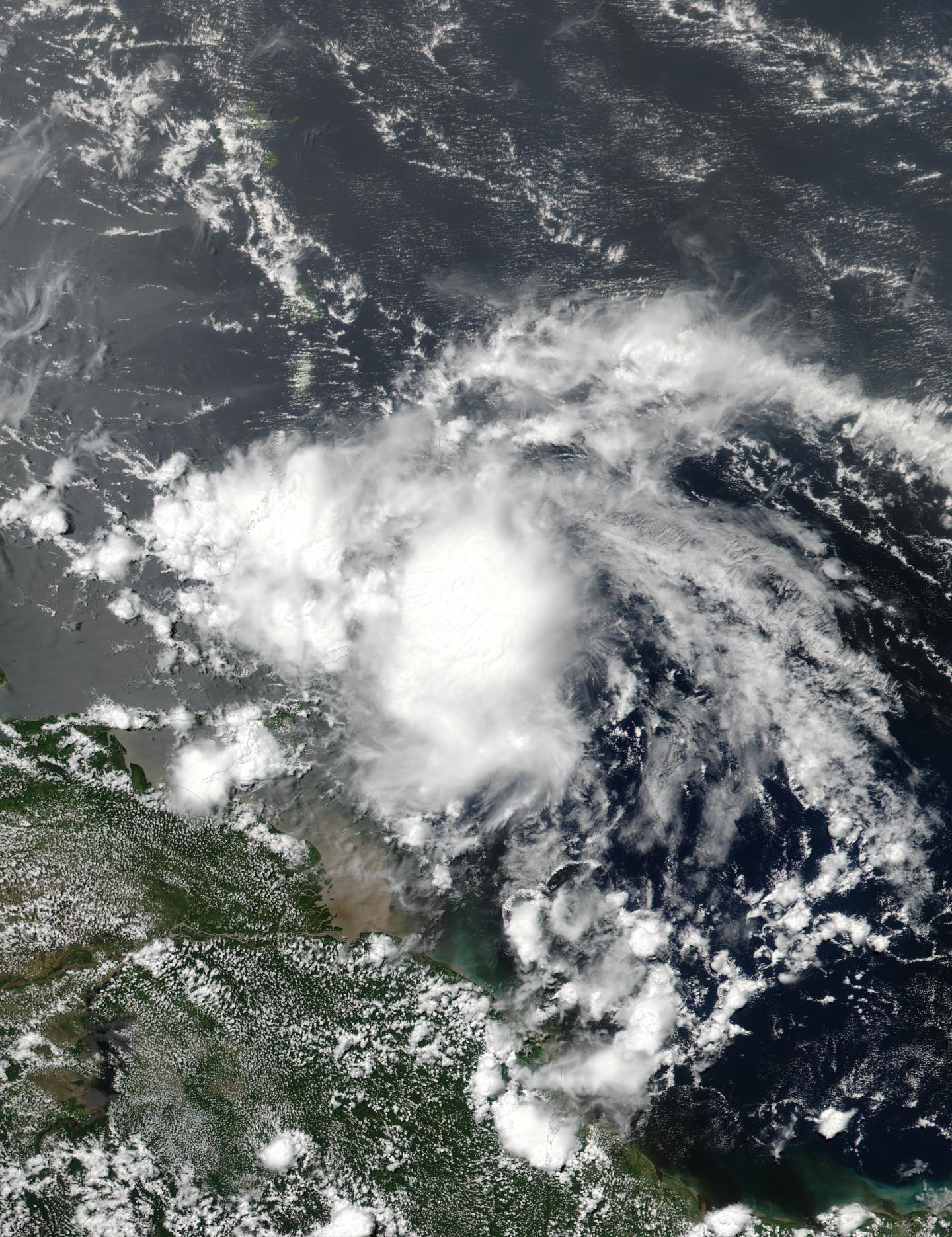 Tropical Storm Don didn’t live long before it weakened to a remnant low pressure area in the North Atlantic Ocean. Before it weakened NASA-NOAA’s Suomi NPP satellite captured a visible image of the storm on its approach to the Windward Islands. The GPM satellite analyzed the storm’s rainfall as it developed and moderate to heavy rainfall is expected to accompany the remnants in the Windward Islands on July 19.

The GPM core observatory satellite flew above Don as it was forming at 3:17 a.m. EDT (0717 UTC). GPM’s Microwave Imager and Dual-Frequency Precipitation Radar instruments collected data that were used to evaluate precipitation within the forming tropical cyclone. GPM’s Radar data swath covered an area to the west of the greatest amount of rainfall. GPM’s radar found rain falling at a rate of over 4.4 inches (112 mm) in the area of heaviest rainfall. GPM’s Radar data revealed the heights of some storm tops around the low-level center near heights of up to 7.4 miles (12 km).

When Don was still maintaining tropical storm status NASA-NOAA’s Suomi NPP satellite captured this visible light image of the center of the storm approaching the Windward Islands on July 18 at 1:16 p.m. EDT (1716 UTC). The image showed that a band of thunderstorms west of center were affecting the islands of Saint Vincent and the Grenadines, Grenada, Trinidad and Tobago.

It didn’t take long for wind shear to affect Don and weaken the system into a remnant low pressure area. By 6:33 a.m. EDT on July 19, the National Hurricane Center or NHC in Miami, Florida said that Don had become a remnant low.

The NHC forecast called for the remnants of Don to move across the Windward Islands. At 5 a.m. EDT (0900 IUTC) the remnants of Don were centered near the island of La Blanquilla. Don’s remnants were moving westward at 22 knots and the estimated minimum central pressure is 1012 millibars.

As GPM observed on July 17, the system contained heavy rainfall. On July 19, the NHC said that the remnants of Don is expected to produce total rain accumulations of 3 to 6 inches. There remains a potential for life-threatening flash floods and mudslides, along the coast of Venezuela.