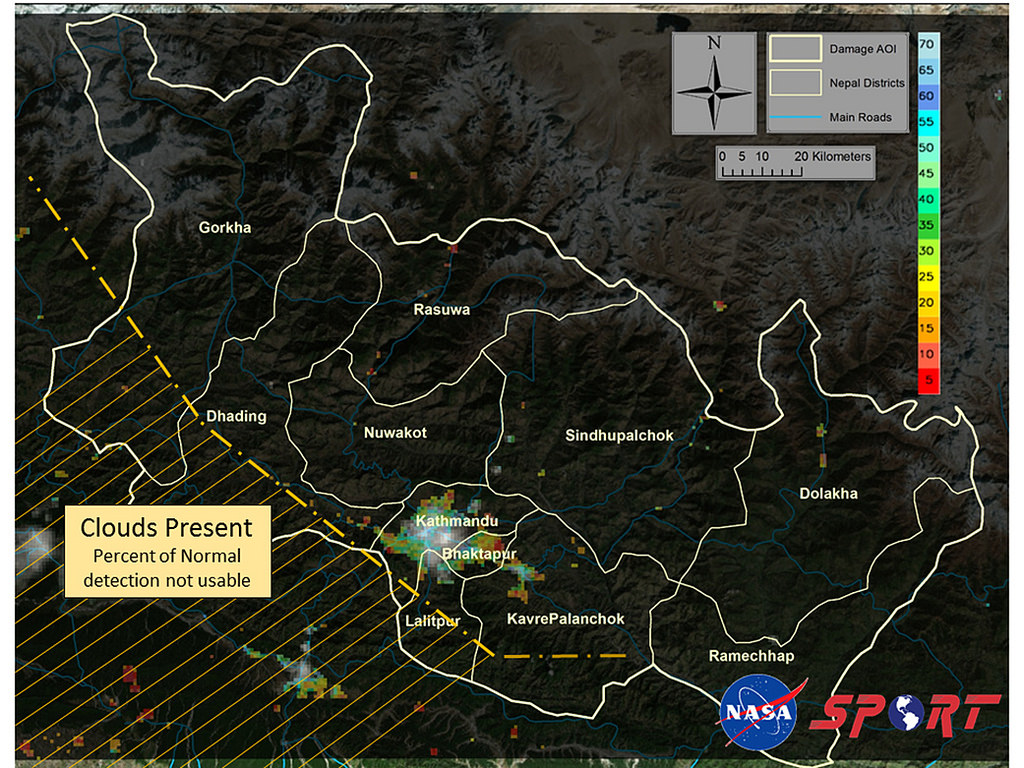 This image shows a decrease in emitted light over Nepal in areas affected by the earthquake on April 25 as detected by the Visible Infrared Imaging Radiometer Suite, VIIRS, “Day-Night Band” sensor aboard the NASA/NOAA Suomi National Polar-Orbiting Partnership satellite, derived from a comparison of pre-earthquake (22 April 2015) and post-earthquake (26 April 2015) imagery. Input satellite data were obtained in collaboration with the NASA Suomi NPP Science Investigator-Led Processing System activities at the University of Wisconsin.

Note: The outline is of the domain of 11 districts in the immediate region of the earthquake with each of the districts names bolded. Blue lines are the major roadways, and thin lines are the district boundaries. The crosshatch yellow line delineates where clouds are present in both the thermal and shortwave infrared imagery.