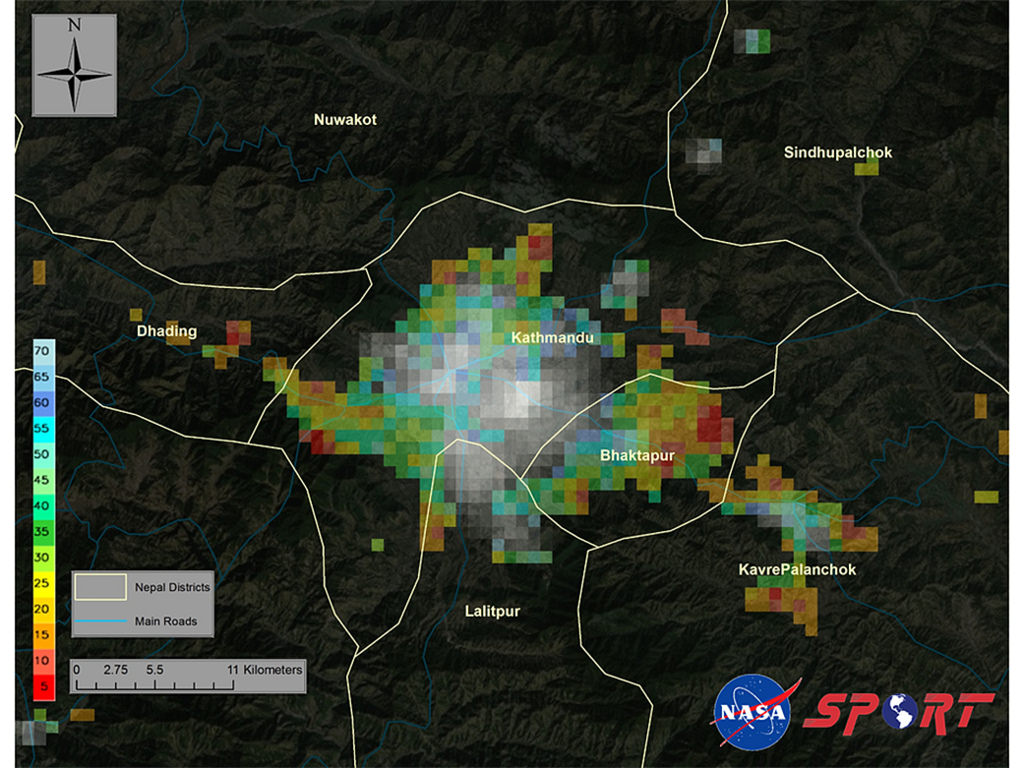 In the wake of the April 25, 2015 earthquake in Nepal, NASA’s Short-term Prediction Research and Transition, SPoRT, project at Marshall Space Flight Center has developed satellite imagery to assist decision makers in post disaster analysis and assessment.

The image shows a decrease in emitted light over the city of Kathmandu and surrounding areas as detected by the Visible Infrared Imaging Radiometer Suite (VIIRS) “Day-Night Band” sensor aboard the NASA/NOAA Suomi National Polar-Orbiting Partnership satellite, derived from a comparison of pre-earthquake (22 April 2015) and post-earthquake (26 April 2015) imagery.

In this percent of normal product, the warm colors (red  yellow) indicate the largest reduced light emissions in the post-event image, possibly due to damage to electrical infrastructure. Towns and suburban areas around Kathmandu show the larger percentage of reduced light emission. Input satellite data were obtained in collaboration with the NASA Suomi NPP Science Investigator-led Processing System activities at the University of Wisconsin.

This information can help relief operations determine areas that may be affected by electrical outages.