This composite image from the panoramic camera on NASA’s Mars Exploration Rover Spirit gives an approximately true-color rendering of a daisy-like pattern of brushed circles that Spirit produced on a rock called “Route 66.” Spirit used the rock abrasion tool to complete this 6-position “RAT daisy” on sol 99. It took this image on sol 100, April 14, 2004.

The purpose for these large brushings is to create a large enough patch of treated surface area for the miniature thermal emission spectrometer to analyze. Scientists had previously conducted a brushing like this one on the rock “Mazatzal.” The brushed area of Route 66 looks very different from the brushed area of Mazatzal, leading scientists to think that the rocks – although both light in tone – actually have different coating types. 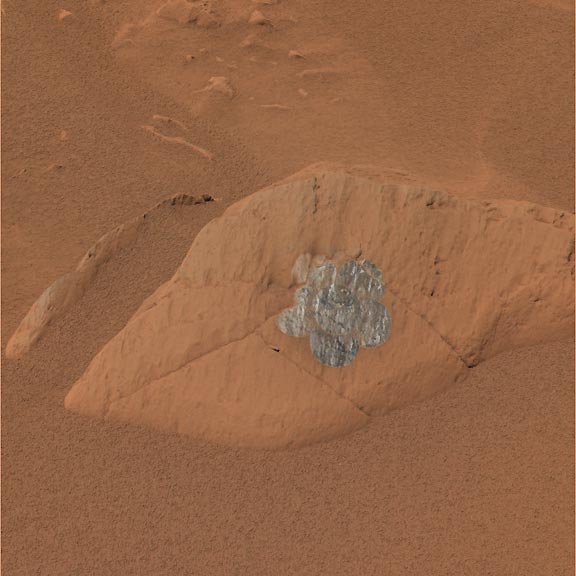