All ISS systems continue to function nominally, except those noted previously or below.  Light-duty Saturday, and the crew’s last weekend as “sole proprietors” of the orbiting outpost, having today chalked up 180 days on it (182 days in space).

This was the second day for the current renal (kidney) stone experiment session, the third for Expedition 8, with Sasha and Mike starting collecting urine samples today throughout the day and keeping their dietary/metabolic log entries up to date.   [Part of the study, preceding the sampling, was the regular random ingestion by the “subjects” of either potassium citrate or placebo tablets at dinnertime, whose effects on kidney stone prevention over time in zero-G the sample analyses are intended to investigate.]

The FE also attended to the daily routine maintenance of the SOZh environmental control & life support systems in the SM.

Another session with the biomedical MBI-9 “Pulse” experiment was added to Sasha Kaleri’s discretionary task list for today, preceded by setting up the equipment.  These MBI-9 cardiological tests are done monthly (last time performed: 3/13).  [Execution of the medical cardiological assessment is controlled from the Russian payload laptop, using a set respiration rate (without forced or deep breaths) and synchronizing respiration with computer-commanded “inhale” commands.  First, arterial blood pressure is measured with the “Tensoplus” sphygmomanometer, followed by the “Pulse” test to record the ECG (electrocardiogram), and a tag-up with ground specialists.  After the test, laptop 3 is reconfigured to its original settings.]

Alex also had his weekly PFC (private family conference), over Russia via VHF.

The crew conducted the weekly planning conference (WPC) with the ground, discussing next week’s “Look-Ahead Plan” (regularly prepared jointly by MCC-H and MCC-M planners), via S-band/audio.

The crew was uplinked a list of equipment currently located in the Node “corridor”, with recommendations of optional cleanup of the thoroughfare and stowing items within available space in the storage racks.   [Total time estimated to stow all listed items is 2h 20min.  No time will be scheduled for the task; performing it is per crew discretion, extending through Increment 9.]

Update on Soyuz 7S Helium Leak:  Another leak check of the KDU manifolds was conducted yesterday morning (4/16).  The leak rates were reported to be similar to the rates observed earlier in the week.  Russian experts are continuing to assess the impacts to upcoming Soyuz operations.

Update on Soyuz TMA-4/8S:  At Baikonur, launch processing is proceeding on schedule.  At 5:00am Moscow Time (9:00pm EDT last night), the rail transporter with the Soyuz-FG launch vehicle and the Soyuz TMA-4 spacecraft left the Assembly & Testing Facility and arrived at the launch pad for final pre-launch processing. The Soyuz-FG/Soyuz TMA-4 system was then erected on the launcher on the historical Pad 1, suspended in the “tulip” liftoff mechanism.  First launch day activities are underway.

Update on CMG-3:  The spin bearing thermo-lube test on Control Moment Gyroscope 3 is continuing.   [The test is progressing nominally.   Yesterday, the CMG-3 gimbals were rotated 180 deg to point the spin-motor side bearing towards the Electronic Assembly (EA).  Non-propulsive attitude control is being performed with CMG-2 & CMG-4 in XPOP Momentum Manager Controller and is performing as expected.  A CMG-2 LOC (loss of communication) fault yesterday triggered a nominal attitude control handover to the Russian Segment.  CMG-2 LOC faults occur periodically and were expected to occur during this test.   As planned a priori, CMG attitude control was restored and the lubrication test was resumed.  The test is being performed to stimulate lubrication delivery to the bearings and provide insight into the health of each bearing.  It will conclude on 4/17 (~10:00pm).]

GASMAP:   Mike was again thanked for his work with the GASMAP this Increment.

Advanced Ultrasound (ADUM):   No more activities scheduled for this Increment.

Hand Posture Analyzer (HPA:  Mike was thanked for the final session this week.

Binary Colloidal Alloy Test-3 (BCAT-3):   Word to the crew: “The data captured is great.  We look forward to continuing operations on the next increment.”

Renal Stone (RS):   The last in-flight collection and diet logging will began yesterday (4/16).  The crew was thanked again for their support with daily pill ingestion.

Materials ISS Experiment (MISSE):  In progress. Deployed outside on the U.S. Airlock. Nominal and collecting data.

Earth Knowledge Acquired by Middle School Students (EarthKAM):  Students are still learning from the images captured by EarthKAM during this expedition.

Earth Science Toward Exploration Research (ESTER):  No more activities scheduled for this increment.

Miscible Fluids in Microgravity (MFMG):    Four runs are remaining; they will be performed on Increment 9.

Educational Payload Operations (EPO):   The educational demonstrations performed on this increment are being edited for release and distribution to schools around the country.

Crew Earth Observations (CEO):  The content and variety of ISS/CEO images have shifted dramatically from a few weeks ago since the station returned to daylight passes over the Northern Hemisphere where there are more targets.  A high-quality image of the city of Kiev/Ukraine has been posted on Earth Observatory this weekend.  In fact, the ground is reviewing a large number of  fine CEO city views, many which had not even been specifically requested.  While XPOP attitude may be a factor, the crew’s interpretation of these images suggests that their camera times may be as much as 1-minute too fast.  Otherwise observers are quite pleased with the views of the Aral Sea and the crew’s response to requests for views of the ice floes off the Labrador coast this past week.  “Nice work!”
Today’s optional CEO targets, limited in XPOP attitude by flight rule constraints on the use of the science window, which is available for only ~1/4 of each orbit when not facing forward (in “ram”), were Beijing, China (nadir pass), Tianjin, China (nadir pass over Beijing’s enormous new port city), Yellow River delta, China (nadir pass over the highly variable mouth of the Yellow River), Urumqui, China (looking left towards the capital city of China’s main western oil city), Berlin, Germany (weather remains clear; nadir pass), Calcutta, India (nadir pass.  The city lies on the westernmost of the many rivers that flow into the Bay of Bengal), Algiers, Algeria (nadir pass over this port city), Muglad Basin Fans, SW Sudan (good pass over the central part of this basin.  Mapping swath left and right of nadir requested.  Modern landscapes may be the key to understanding the hydrocarbon host rocks deeply buried in this basin), and Mt. Kilimanjaro, Kenya (nadir pass over this small site.  Mountain top may have protruded above the local cloud.  Detailed images are requested to document the rapid decrease in ice cap size).

CEO images can be viewed at the websites. 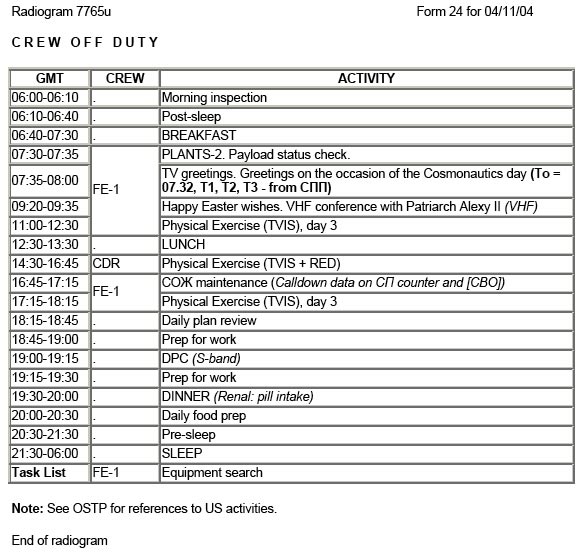