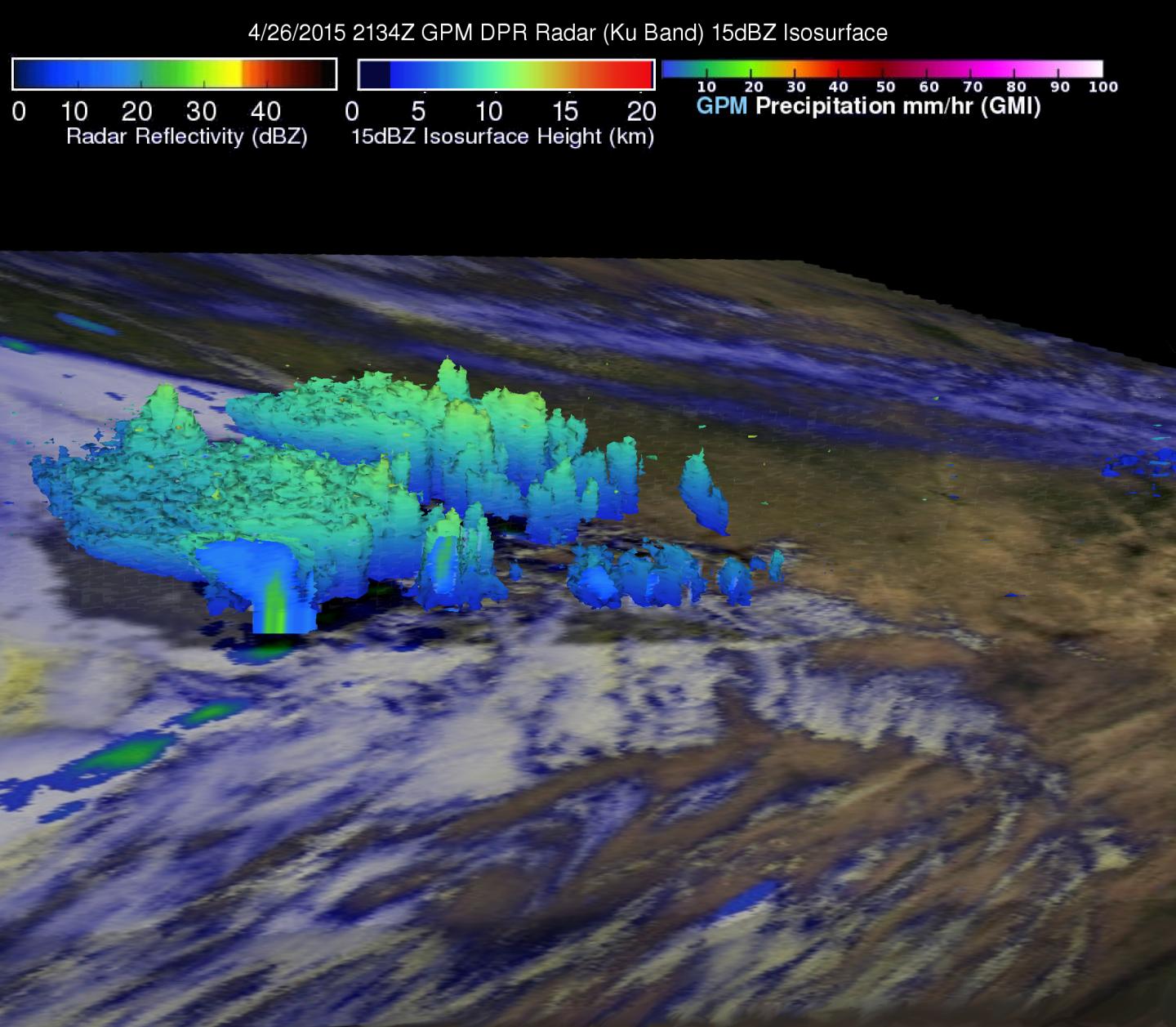 Stormy spring weather over the U.S. Southwest generated at least 20 tornado sightings over Texas on Sunday, April 26, 2015. During the storm event, the Global Precipitation Measurement mission’s Core Observatory measured rainfall rates and cloud heights in severe thunderstorms that moved through the state.

At 4:33 p.m. CDT on April 26, the National Weather Service in Fort Worth, Texas, tweeted, “Still tracking storm with tornado threat near Dublin, large hail threat moving toward Stephenville.” Dublin is located about 90 miles southwest of Fort Worth.

The GPM Core Observatory satellite had a good view of severe storms that developed through central Texas when it flew over at 4:42 p.m. CDT (21:34 UTC).

GPM data showed that some of the thunderstorms were generating rainfall at rates of 1.18 inches (30 mm) per hour. Large hail was also associated with some of these storms, according to the National Weather Service.

Data from the first space-borne Ku/Ka-band Dual-frequency Precipitation Radar (DPR) on board the GPM satellite was used to make a 3-D view. The image, created at NASA’s Goddard Space Flight Center in Greenbelt, Maryland, showed that some thunderstorm tops over central Texas were reaching altitudes above 7.7 miles (12.4 km).

After the GPM pass, at 5:02 p.m. CDT, the tornado warning for Erath County had expired, but the severe thunderstorm warning was still in effect.

GPM is managed by both NASA and the Japan Aerospace Exploration Agency, JAXA. The GPM satellite has continuously collected valuable precipitation data over the globe from 60 degrees north to 60 degrees south latitudes since being launched by NASA and JAXA on Feb. 27, 2014.