By SpaceRef Editor
May 4, 2015
Filed under Earth Science, NASA HQ, US 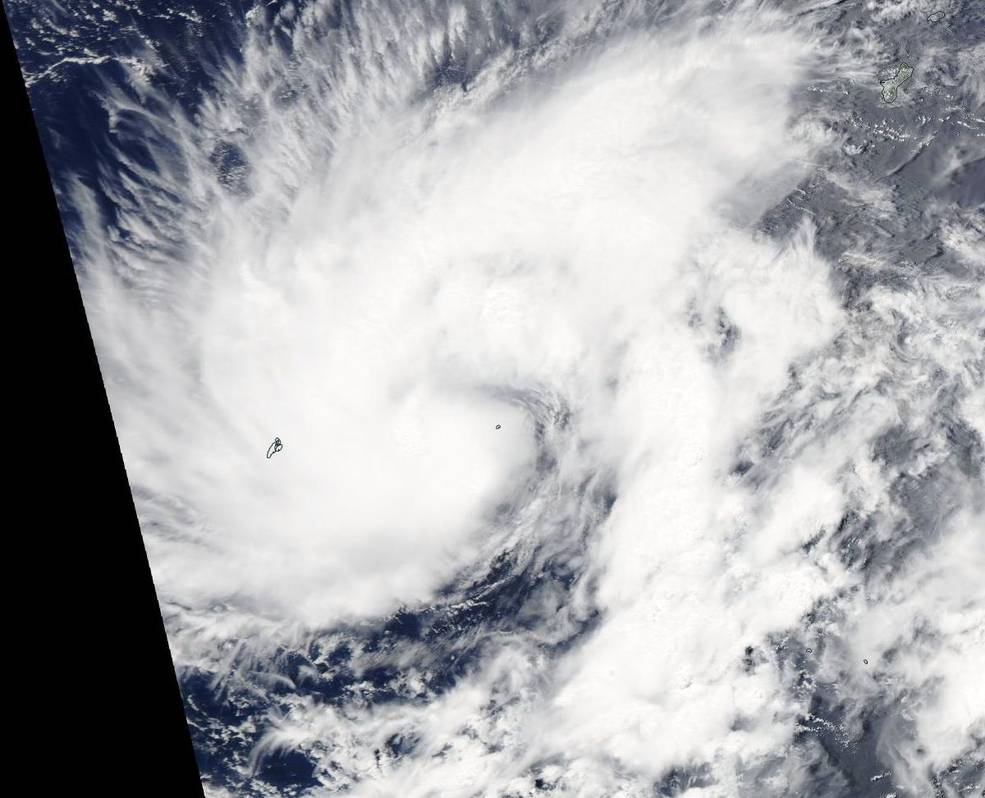 On May 3, RapidScat obtained data twice on Tropical Depression 06W. The first pass of RapidScat data was gathered between 06:40 and 08:12 UTC (2:40 and 4:12 a.m. EDT). That data showed the storm’s winds north of the low-level center of circulation had rapidly intensified had sustained winds as high as 65 knots (74.8 mph/120.4 kph) in the first pass. Those sustained wind speeds were not as high in the other quadrants of the storm.

By Monday, May 4, that watch was replaced with a Tropical Storm Warning for Fais, Ulithi and Yap Island  in Yap State. A typhoon watch was in effect for Yap Island.

On May 4, the Moderate Resolution Imaging Spectroradiometer or MODIS instrument aboard NASAs Aqua satellite captured a visible image of Tropical Storm Noul as it moved hear Ulithi. Ulithi is an atoll located about 103 nautical miles (118.5 miles/190.8 km) east of Yap. Thunderstorms have increased in intensity over a tightly-wrapped band situated along the western edge of the low level circulation center.

Noul is moving in a westerly direction and the Joint Typhoon Warning Center (JTWC) forecast expects it to reach typhoon strength on May 6 near Yap. The extended JTWC forecast track takes Noul toward Luzon, the northern Philippines by May 9. For updated forecasts from the Philippine Atmospheric, Geophysical and Astronomical Services Administration, visit: pagasa.dost.gov.ph.