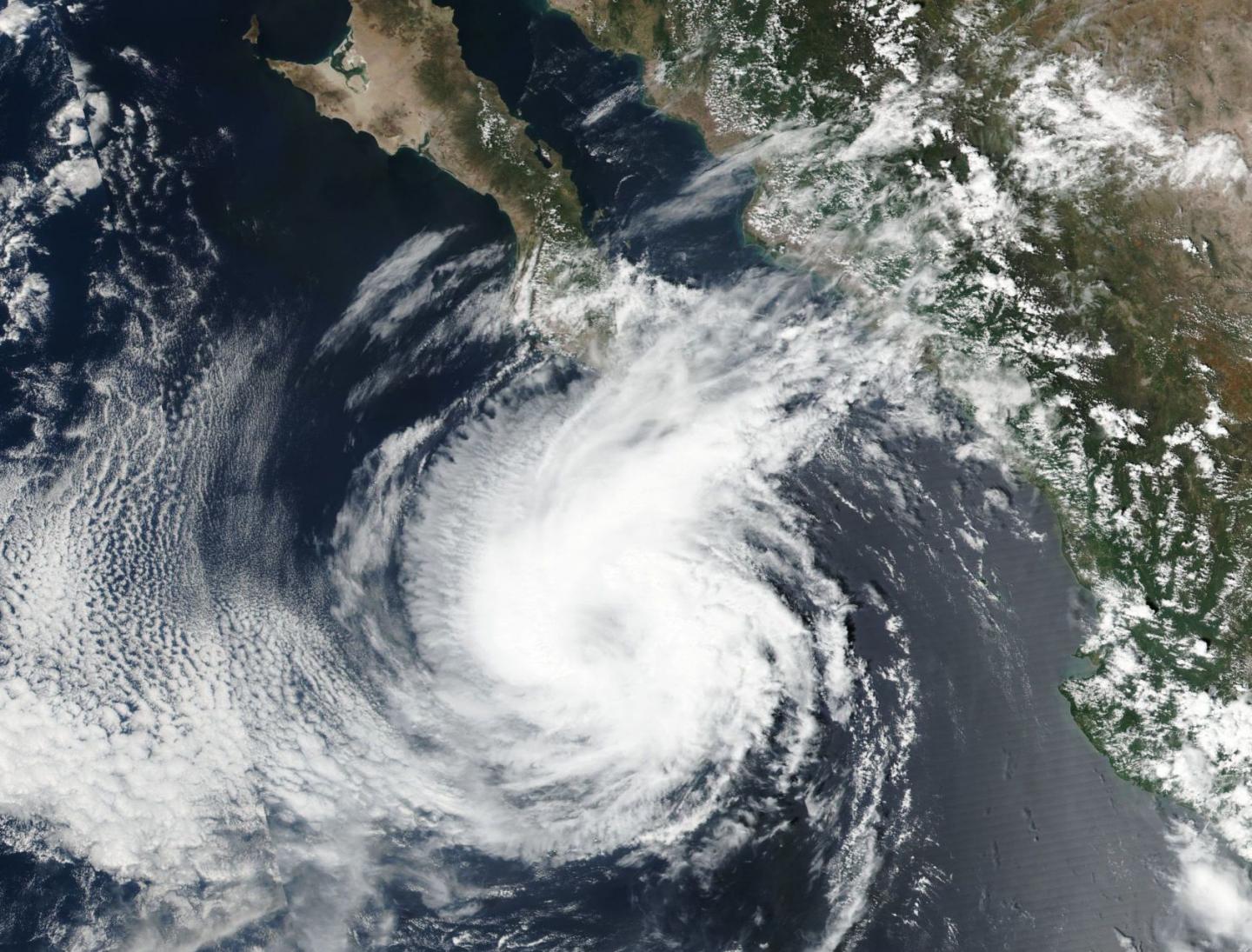 Norma is so close to Baja California, Mexico that the storm is generating dangerous ocean conditions. The National Hurricane Center (NHC) noted “Swells generated by Norma are affecting portions of the coast of southwestern Mexico and Baja California Sur and will continue into Tuesday (Sept. 19). These swells are likely to cause life-threatening surf and rip current conditions.”

The Visible Infrared Imaging Radiometer Suite (VIIRS) instrument aboard NASA-NOAA’s Suomi NPP satellite flew over Norma on Sept. 17 at 5:42 p.m. EDT (2142 UTC) and captured a visible light image of the storm. The VIIRS image showed a strong thunderstorms and deep convection holding steady in Norma during the afternoon on Sept. 17. VIIRS showed a large curved band of thunderstorms in Norma’s northwestern semicircle.

Maximum sustained winds remain near 50 mph (85 kph) with higher gusts. Tropical-storm-force winds extend outward up to 70 miles (110 km) from the center. Norma is a small tropical cyclone, with one main curved band in the eastern semicircle and an easy-to-find center.

The National Hurricane Center said that some weakening is forecast during the next 48 hours, and Norma could become a tropical depression by Tuesday, Sept. 19. There are no coastal watches or warnings in effect.

Norma was moving toward the west-northwest near 5 mph (7 kph) and the National Hurricane Center expects that motion to continue through Tuesday, Sept. 19. On the forecast track, Norma should gradually move away from the coast of Baja California Sur.

For updates on Norma, visit: http://www.nhc.noaa.gov