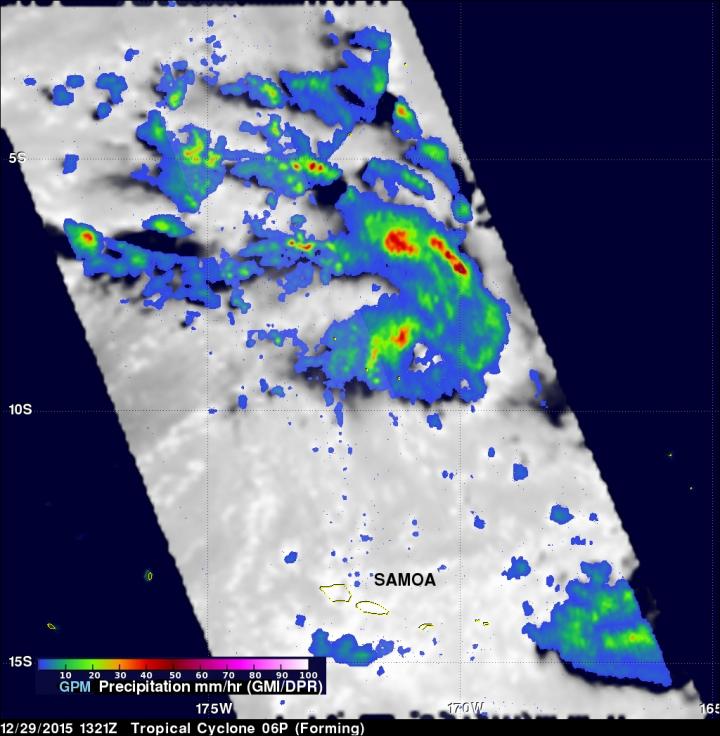 Tropical Cyclone Ula formed on Dec. 30 and continued tracking south of Pago Pago as NASA observed rainfall rates and saw an eye form the next day. Warnings were in effect in Fiji as Ula approaches.

The Global Precipitation Measurement or GPM core observatory satellite passed above Tropical Cyclone Ula when it was forming in the South Pacific Ocean north of Samoa on December 29, 2015 at 1321 UTC (8:21 a.m. EST). A rainfall analysis was performed using data collected at that time by GPM’s Microwave Imager (GMI) and Dual-Frequency Precipitation Radar (DPR) instruments. Data from GMI were used to calculate that rain was falling at a rate of over 83.6 mm (3.29 inches) per in a feeder band (of thunderstorms) northeast of the low pressure area’s center. 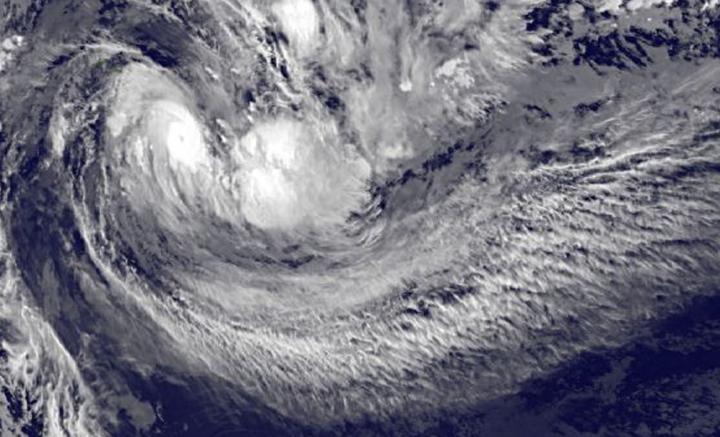 Ula’s center is forecast to remain south of Fiji. However, Fiji will feel the effects of rough surf, strong winds, heavy rainfall and the potential for inland flooding. On Dec. 31, the Fiji Meteorological Service issued a heavy rain warning for eastern and northern Viti Levu, Vanua Levu, Taveuni And Nearby Smaller Islands, Yasawa And Mamanuca Group. For updated forecasts from Fiji, visit: http://www.met.gov.fj/.

NOAA’s GOES-West satellite captured an image on Dec. 31 at 1200 UTC (7 a.m. EST) that showed a small eye had formed in Tropical Cyclone Ula when it was just south of Pago Pago in the Southern Pacific Ocean. The image also showed a thick band of thunderstorms around the center of circulation. The image was created by the NASA/NOAA GOES Project at NASA Goddard.

The Joint Typhoon Warning Center noted that Ula is tracking westward along the northern edge of a strengthening sub-tropical ridge (elongated area of high pressure), located to the south. That ridge will remain the main steering mechanism for the storm over the next couple of days.

Ula is expected to continue intensifying over the next two days until it runs into an approaching mid-latitude trough (elongated area) of low pressure, which will increase vertical wind shear and begin weakening the storm.