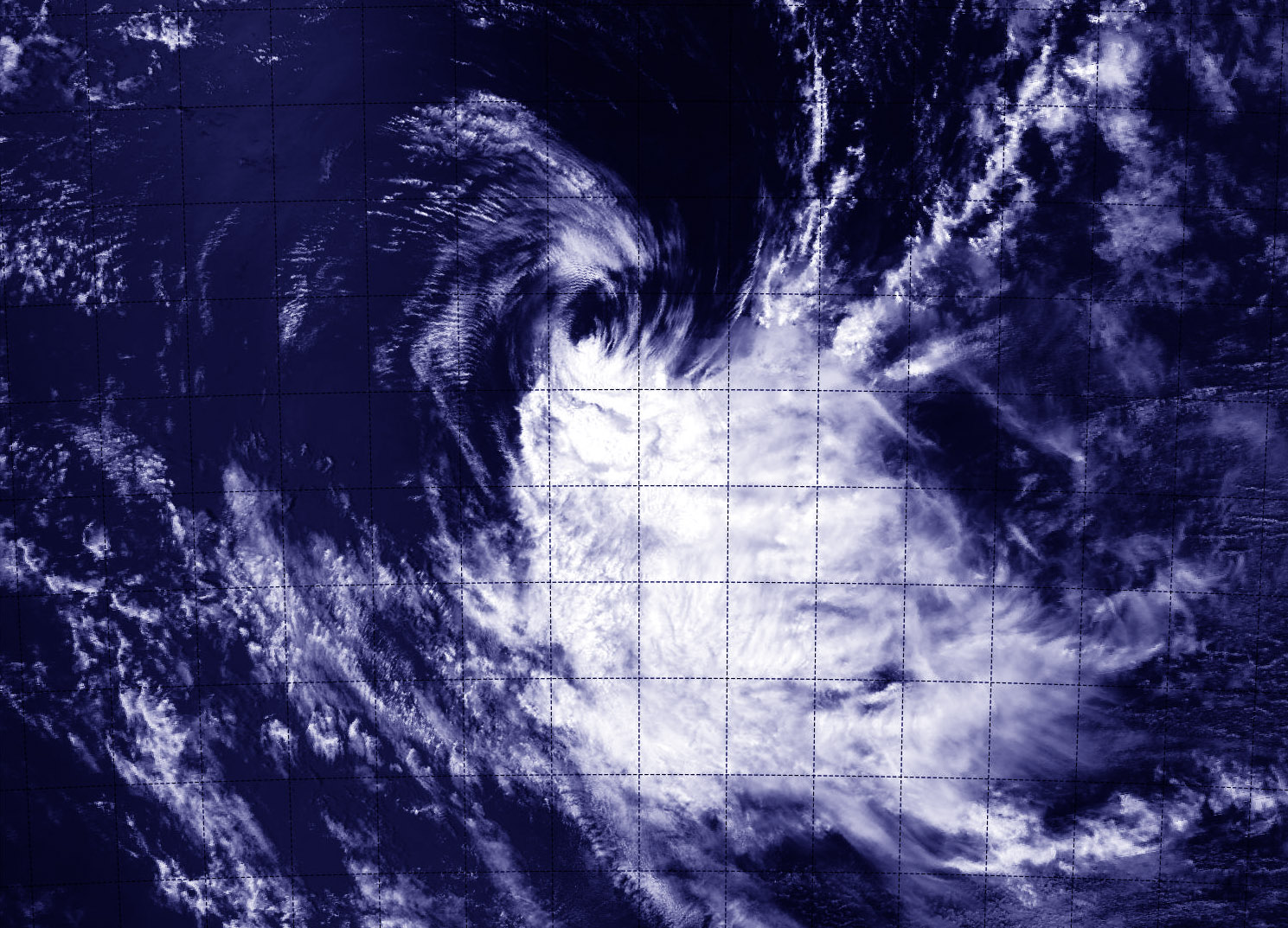 NASA’s Aqua satellite passed over Tropical Cyclone Kate on Dec. 31 and took an image of the storm that showed how wind shear had ripped it apart.

When NASA’s Aqua satellite flew over Kate on Dec. 31 at 0800 UTC (3 a.m. EST), the MODIS instrument aboard took a visible picture of the storm. The MODIS image clearly showed that wind shear had pushed the thunderstorms that make up the tropical cyclone, south of the center leaving the northern and eastern quadrants of the storm almost devoid of clouds. Northeasterly wind shear had increased quickly and had taken the storm from a hurricane to a minimal tropical storm in 12 hours.