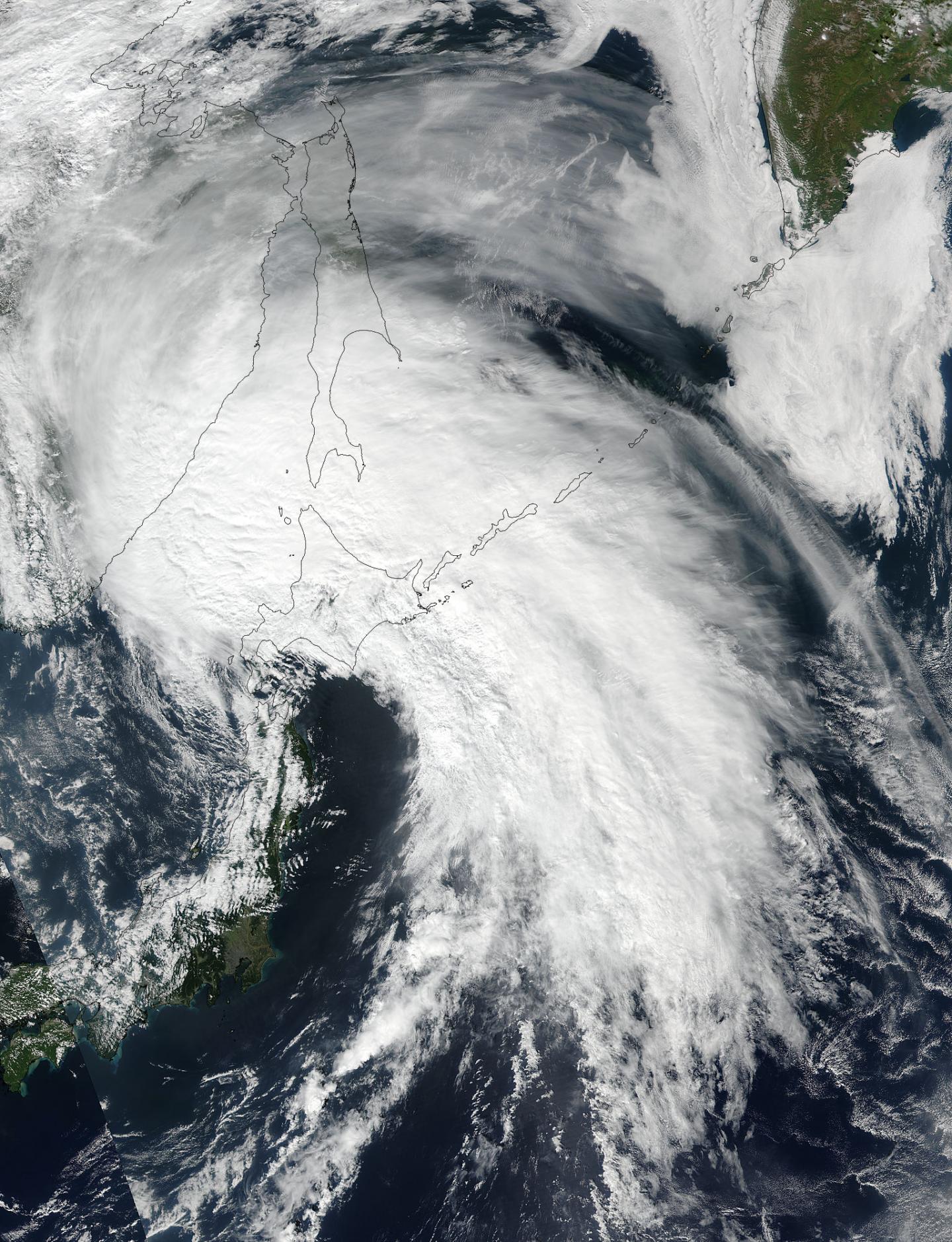 Tropical Storm Talim made landfall on Kyushu, the large island of southwestern Japan, where it weakened to an extra-tropical storm. NASA-NOAA’s Suomi NPP satellite captured an image of the storm after its transition.

The Visible Infrared Imaging Radiometer Suite (VIIRS) instrument aboard NASA-NOAA’s Suomi NPP satellite captured a visible light image of Talim on Sept. 18 at 0254 UTC (Sept. 17 at 10:54 p.m. EDT). The VIIRS image showed that Talim resembled a frontal system as the bulk of clouds were north and northeast of the center.

JTWC expects Talim to track over the big islands of Japan and curve into the Sea of Okhotsk by Sept. 19.