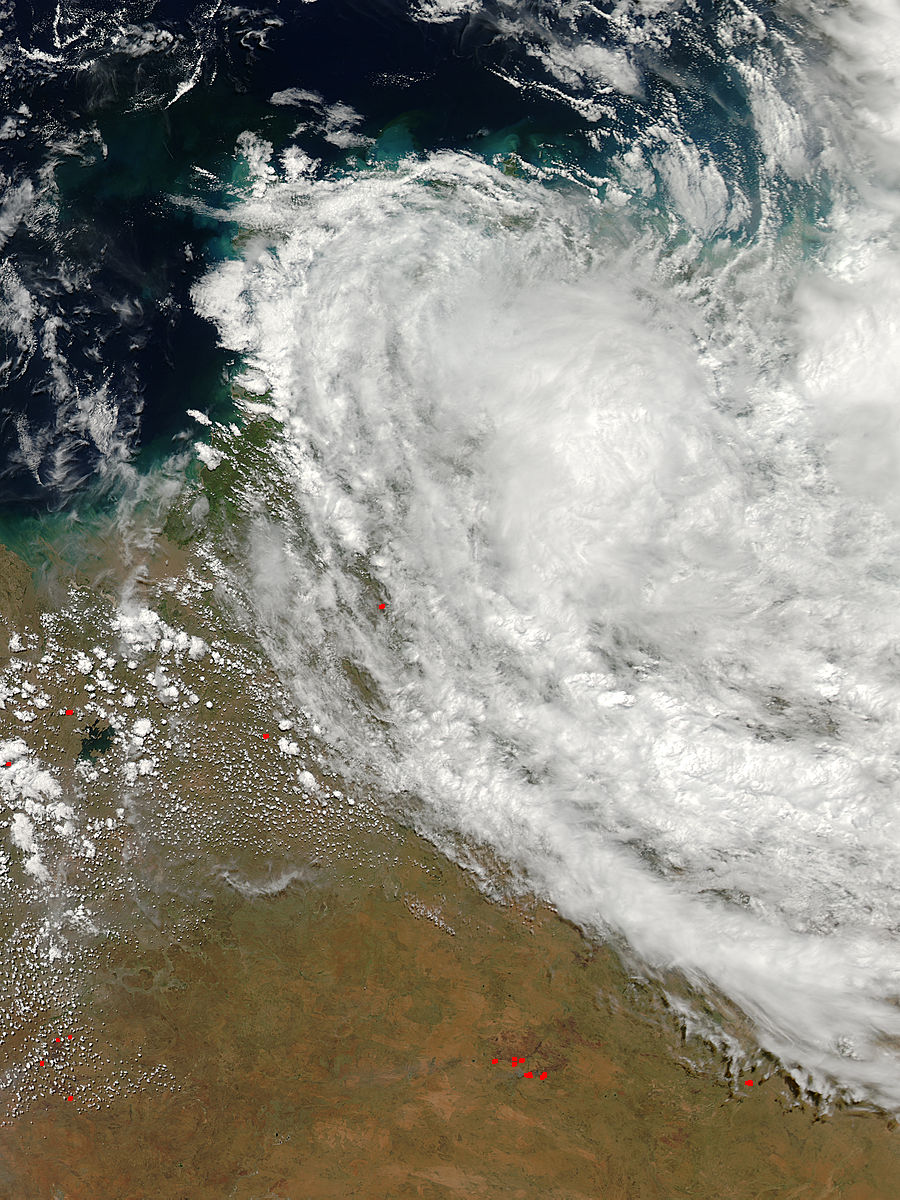 Tropical Cyclone Nathan has been weakening as it continued to move over land in Australia’s Northern Territory on March 24. NASA’s Aqua satellite captured a visible picture of the storm over land. Just one day before the Tropical Rainfall Measuring Mission satellite saw some heavy rainfall in Nathan.

On March 24 at 05:20 UTC (1:20 a.m. EDT), the Moderate Resolution Imaging Spectroradiometer or MODIS instrument aboard NASA’s Aqua satellite captured a visible image of Tropical Cyclone Nathan over the Top End of the Northern Territory, Australia. The storm appeared elongated with a concentration of strongest storms near the center, and a band of thunderstorms around the northwestern periphery.

ABM noted that Nathan’s remnants will generate thunderstorms with gusty winds and heavy rainfall which may lead to flash flooding in the southern Arnhem forecast district and extending to parts of the Daly forecast district on Wednesday, March 25. ABM stated that locations that may be affected include Douglas River, Nauiyu, Peppimenarti, Barunga, Beswick, Bulman, Central Arnhem Plateau, Ngukurr, Numbulwar and Litchfield National Park. For updated information, visit: http://www.bom.gov.au/nt/warnings/.