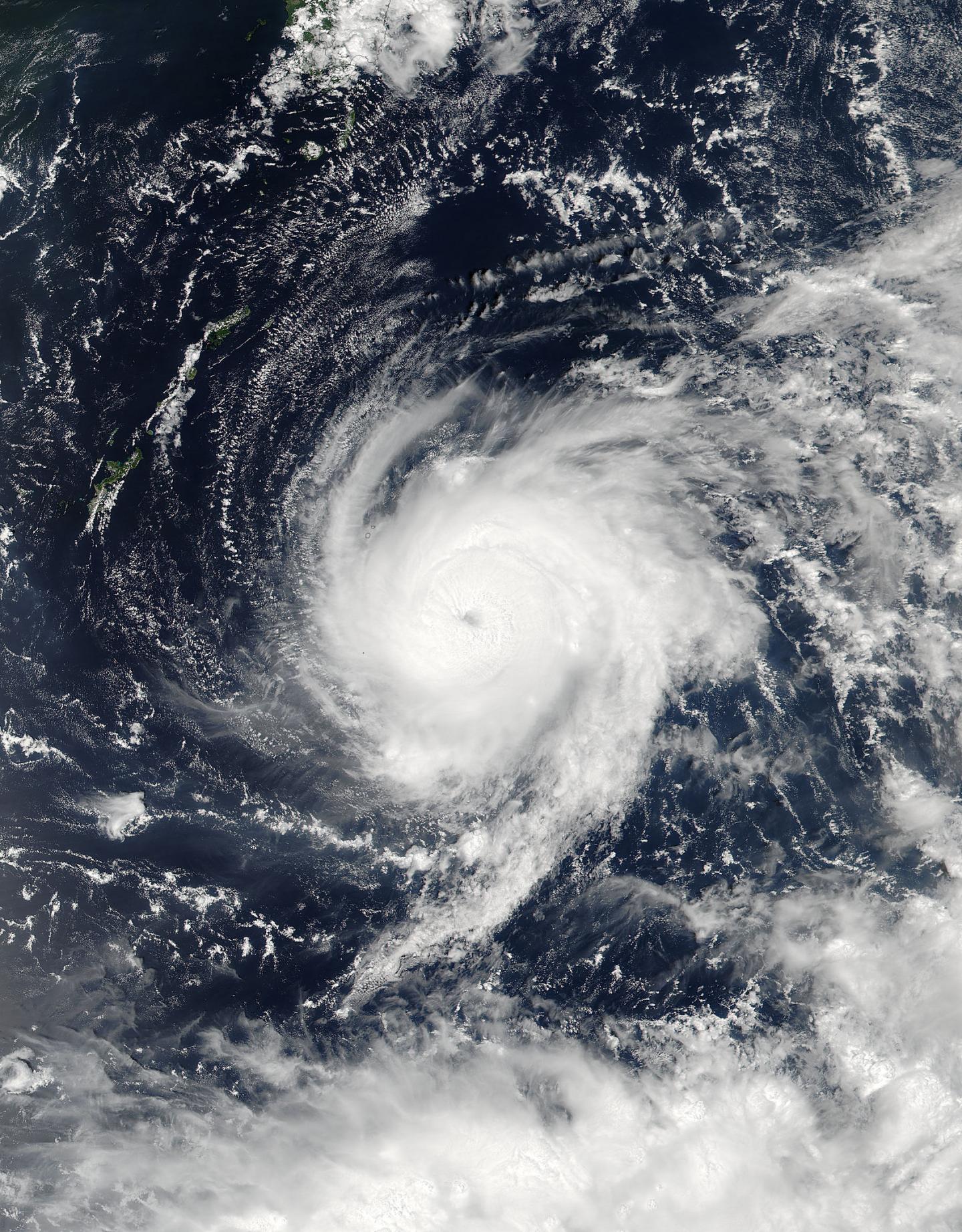 NASA-NOAA’s Suomi NPP satellite passed over Typhoon Lionrock as it strengthened to a typhoon east of Japan’s Ryukyu Islands. The chain of islands stretch southwest from Kyushu to Taiwan.

On Aug. 24 at 12:45 a.m. EDT (0445 UTC) the Visible Infrared Imaging Radiometer Suite (VIIRS) instrument aboard the NASA-NOAA Suomi NPP satellite captured a visible light image of strengthening Typhoon Lionrock. The VIIRS image revealed that the typhoon had developed an eye, and it was surrounded by powerful thunderstorms.

Lionrock is moving southwest before it is expected to turn around onto a northeasterly course.