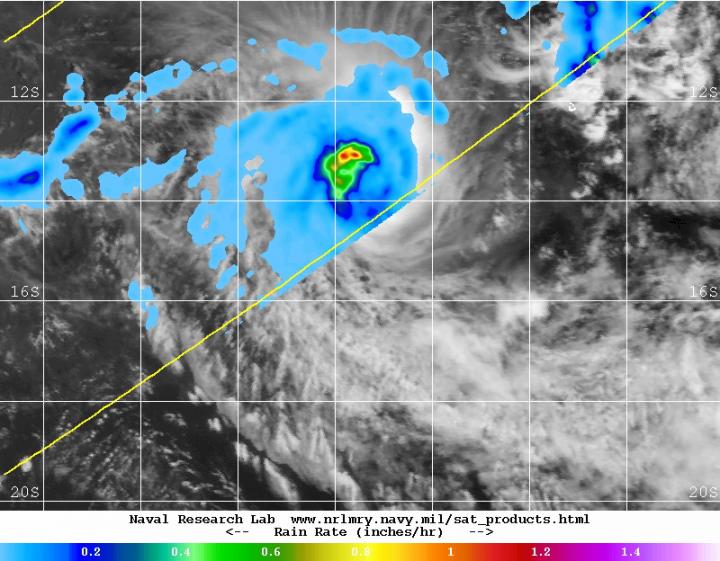 As Tropical Cyclone Kate continues moving southwest through the Southern Indian Ocean, NASA/JAXA’s Tropical Rainfall Measuring Mission or TRMM satellite passed overhead on Dec. 30 and measured the rainfall rates happening throughout the storm. Kate had strengthened since Dec. 29 and developed an eye.

At the Naval Research Laboratory, the TRMM rainfall rate data was overlaid on visible imagery from Europe’s METEO-7 satellite to provide an entire picture of the storm that showed the rainfall and clouds. The METEO-7 satellite data showed that Kate maintained a circular shape and had a large band of thunderstorms wrapping into the center from the western quadrant.

The Joint Typhoon Warning Center (JTWC) noted that Kate will continue to track around the southwestern edge of a subtropical ridge (elongated area) of high pressure that is situated over Western Australia. JTWC forecasters expect Kate to begin weakening as it moves through cooler waters in the next couple of days, and dissipate within four days.