By SpaceRef Editor
May 20, 2015
Filed under Earth, Earth Science, NASA HQ, US 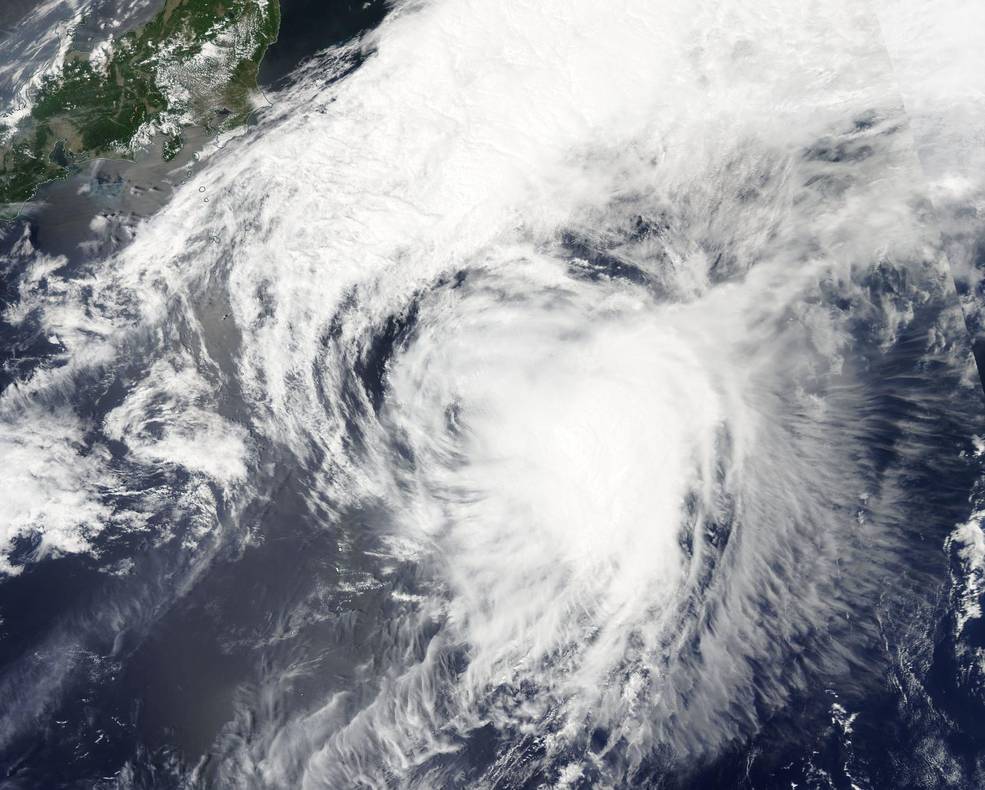 Tropical Storm Dolphin transitioned into an extra-tropical storm and NASA’s Aqua satellite captured an image of the storm on its way toward the Sea of Okhotsk.

The Moderate Resolution Imaging Spectroradiometer or MODIS instrument that flies aboard Aqua captured a visible light image of Extra-Tropical Storm Dolphin on May 20. The image showed that the bulk of clouds and showers were pushed east of the center as a result of its interaction with the westerlies (winds).

When a tropical cyclone becomes extra-tropical it has lost its “tropical” characteristics. According to the National Oceanic and Atmospheric Administration, the term “extra-tropical” implies both poleward displacement (it moves closer to the north or south pole depending on what hemisphere it is located in) of the cyclone and the conversion of the cyclone’s primary energy source from the release of latent heat of condensation to baroclinic (the temperature contrast between warm and cold air masses) processes. It is important to note that cyclones can become extra-tropical and still retain winds of hurricane or tropical storm force.

Dolphin was moving to the northeast passing south of the Sea of Okhotsk and is expected to turn to the north, tracking east of Russia’s Kamchatka Peninsula while continuing to weaken.

For updates on the remnants of Dolphin, visit: http://www.jma.go.jp/en/typh/