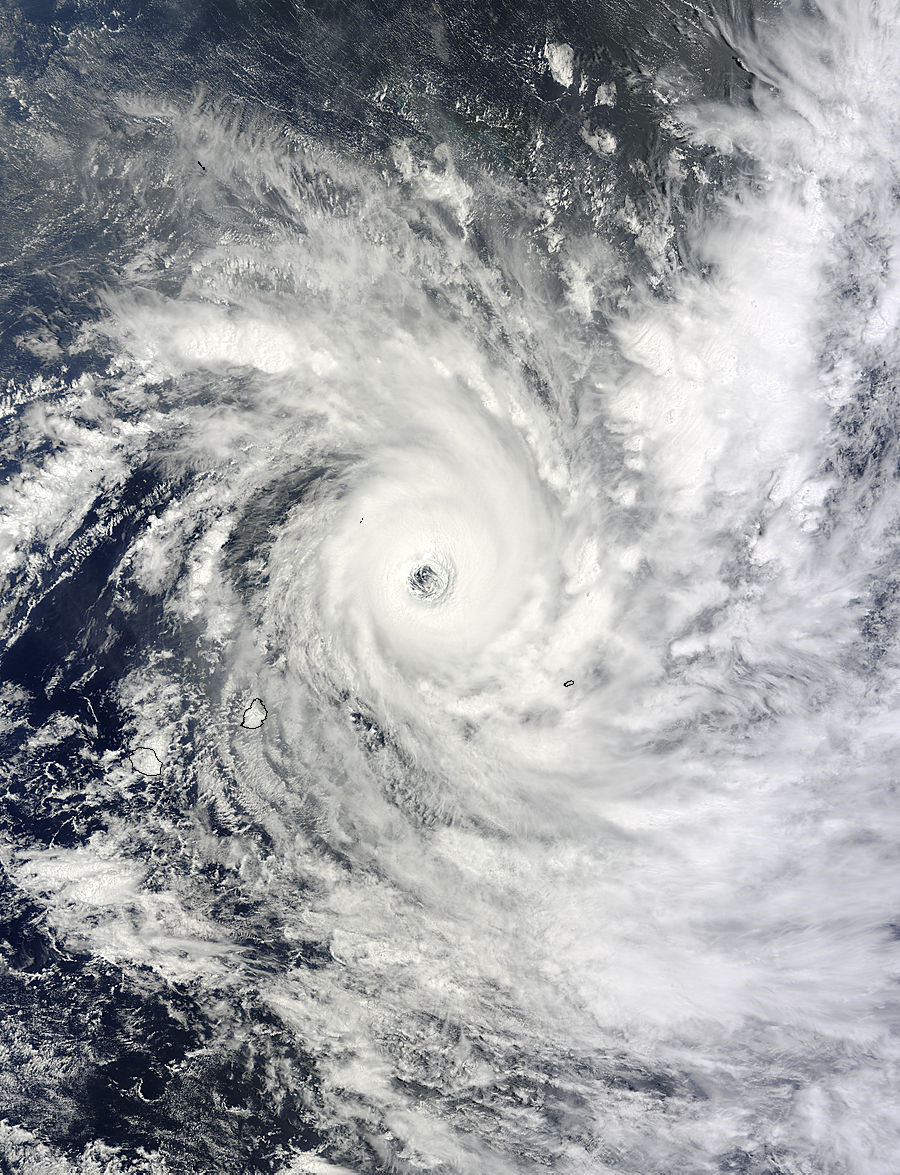 On January 15 at 06:15 UTC (1:15 a.m. EST), the Moderate Resolution Imaging Spectroradiometer or MODIS instrument that flies aboard NASA’s Terra satellite captured a visible picture of Tropical Cyclone Bansi when it was east-northeast of the island of Mauritius.

The satellite flew directly over Bansi and the image clearly showed the wide eye all the way down to the blue ocean surface. Powerful thunderstorms circled the storm, which was at Category Four strength on the Saffir-Simpson scale at the time of the satellite’s overpass.

Bansi was centered near 20.5 south latitude and 65.8 east longitude, about 451 nautical miles (519 miles/835 km) east of Port Louis, Mauritius. Bansi was moving to the southeast at 15 knots (17.2 mph/27.8 kph) and is expected to continue moving in that general direction.

Heavy ocean swells are expected for Mauritius through Jan. 19 as the tropical cyclone passes to the north and east of the island. The Mauritius Meteorological Services noted “The sea will be very rough with easterly swells of the order of 4 meters, peaking to 7 meters that will continue to break mainly along the eastern and southern coasts. The public is strongly advised not to venture at sea.” For updated warnings from Mauritius Meteorological Services, visit: http://metservice.intnet.mu/.

Bansi is forecast to weaken and being transitioning into an extra-tropical storm by Jan. 18 and 19 over open waters of the Southern Indian Ocean.