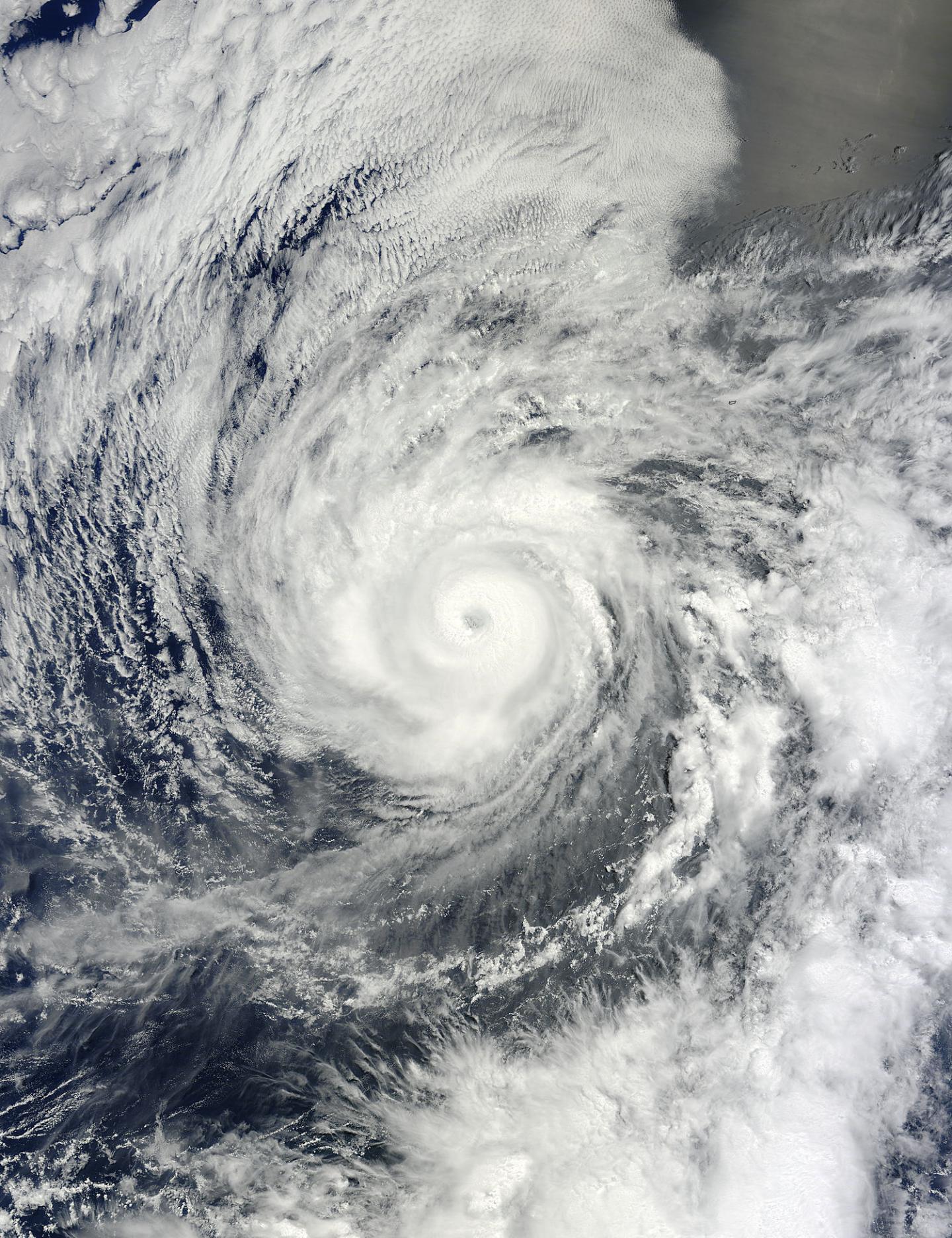 NASA’s Aqua satellite passed over Andres on May 31 at 18:40 UTC (4:40 p.m. EDT) and the MODIS instrument provided visible data of the storm that showed an eye in the center. The MODIS image showed the eye was surrounded by powerful thunderstorms and bands of thunderstorms were wrapping tightly into the center of circulation.

The National Hurricane Center (NHC) noted at 5 a.m. EDT (0900 UTC) on June 1 that Andres’ maximum winds had increased to near 145 mph (230 kph) with higher gusts. Andres was a category 4 hurricane on the Saffir-Simpson Hurricane Wind Scale. NHC forecasters call for a weakening trend to begin later today.

Andres was centered near latitude 15.5 North, longitude 119.8 West. That puts Andres’ center about 825 miles (1,325 km) southwest of the southern tip of Baja California, Mexico. Andres was moving toward the west near 6 mph (9 kph) and a turn to the west-northwest with some increase in forward speed is expected over the next couple of days. The estimated minimum central pressure is 938 millibars (27.70 inches).

Although Andres is far from land, the powerful hurricane is affecting surf along the coasts of Baja California, Mexico. The NHC noted “Swells generated by Andres are affecting portions of the west coast of the Baja California peninsula. These swells are likely to cause life-threatening surf and rip current conditions.”

The NHC discussion indicates that Andres is now on a weakening trend as a result of moving into cooler waters and an area with more stable air from the marine layer, northwest of the storm. Vertical wind shear is also expected to kick in in three days which will further weaken Andres. Current forecasts call for Andres to weaken to a tropical storm in two days and a remnant low pressure area in four days.