Editor’s note: According to an internal NASA memo dated 25 July 2005, “A flight of US Air Force F-15 Eagle Jetfighters helped to provide air cover over Kennedy Space Center and the shuttle launch pad against terrorist attacks during yesterday’s launch countdown of the Space Shuttle Discovery.”

Editor’s note: These may be old photos. If you look at the one flying over the VAB there is no visible hurricane damage – nor is there any fleet of satellite trucks parked next to the press site.

Reader comment: “Just thought you might want to know that the F-15 pictures are not from the pre-launch time frame of the upcoming Discovery launch.  They are post-9/11 photos.  One dead giveaway, the pictures of the vehicle on the launch pad are of Pad A, not Pad B where Discovery is located.  The proof of this is in the crawlerway which is curved just prior to reaching Pad A and straight just prior to reaching Pad B.  It doesn’t mean that F-15’s weren’t patrolling Discovery, just that the photos are old.” 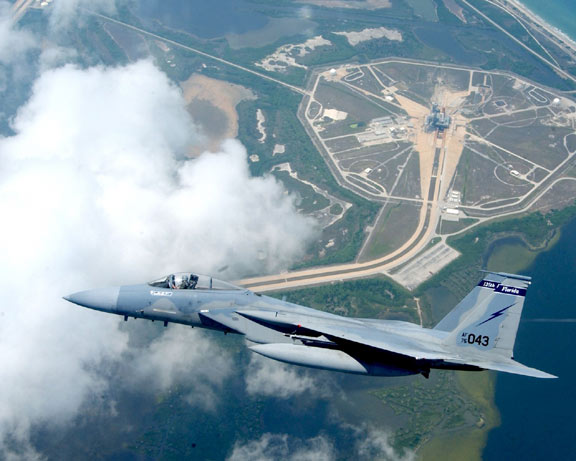 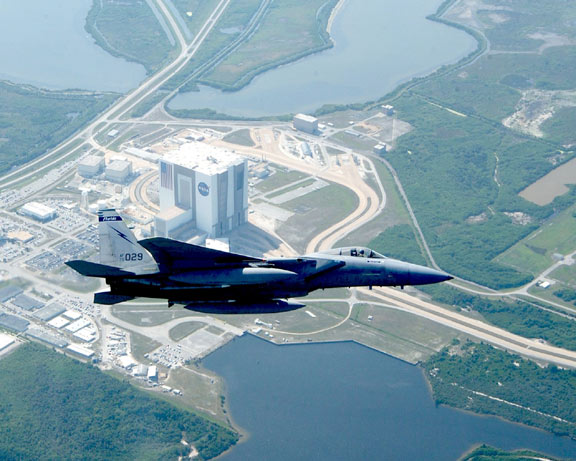 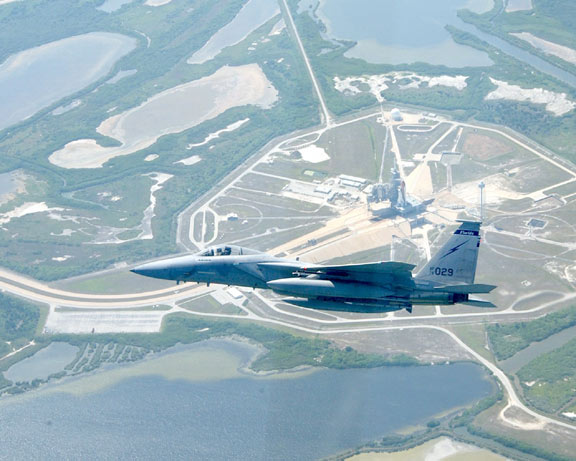 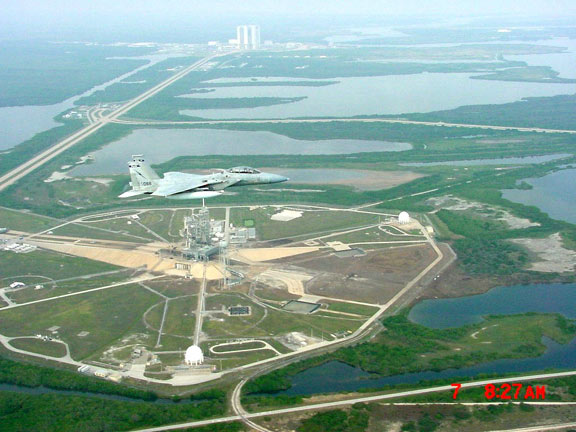