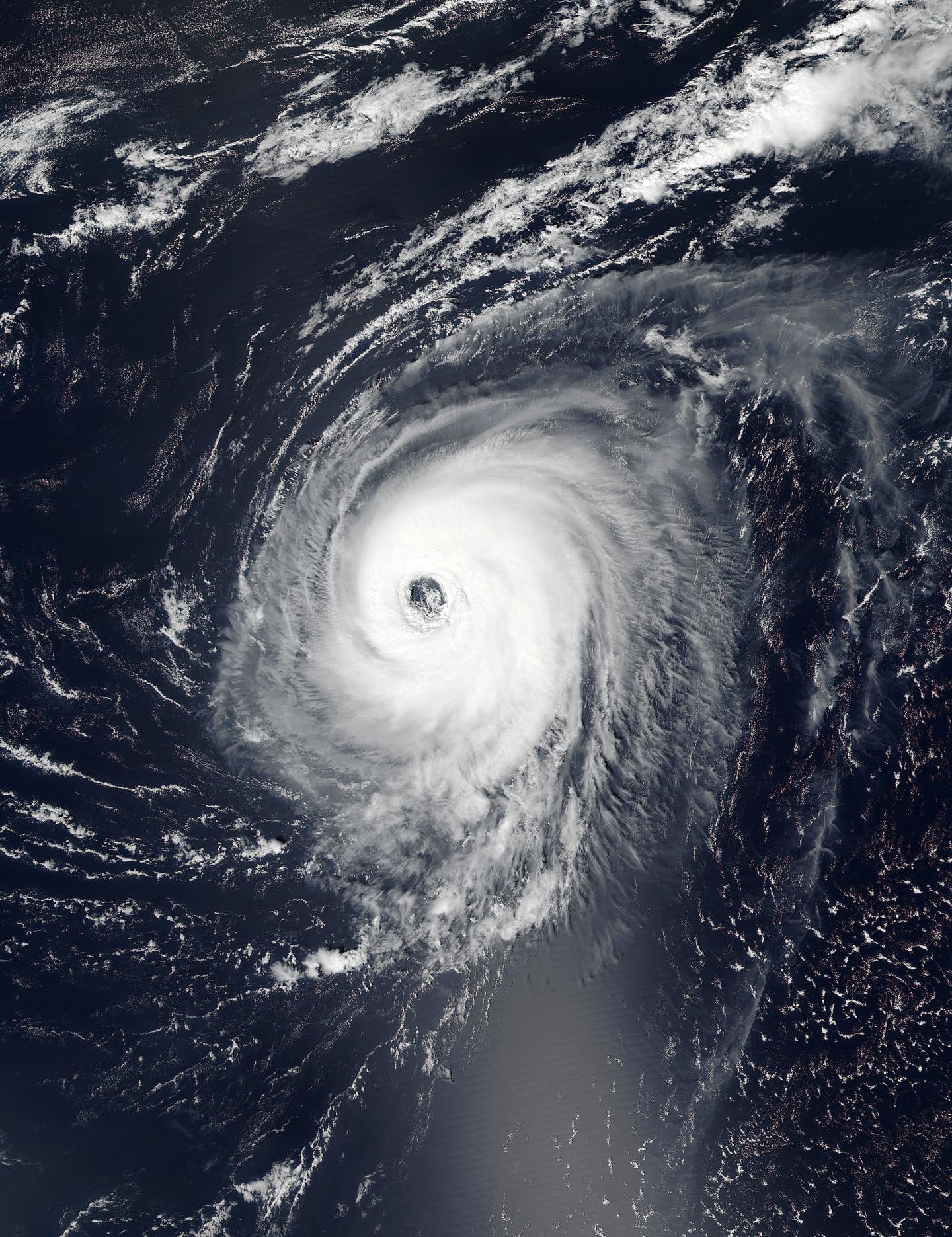 NOAA’s Suomi NPP satellite passed over Hurricane Gaston as it continued to track over the open waters of the North Central Atlantic Ocean and move farther away from Bermuda and toward the Azores Islands.

On Aug.31, the National Hurricane Center noted that although Gaston is 1,335 miles (2,150 km) west of the Azores islands in the western Atlantic Ocean, the storm may affect the islands later in the week. NHC cautioned that interests in the Azores should monitor the progress of Gaston.

At 5 a.m. EDT (0900 UTC), the well-defined eye of Hurricane Gaston was located near latitude 33.4 North, longitude 50.2 West. Gaston is moving toward the northeast near 9 mph (15 km/h). An east-northeastward or northeastward motion with an increase in forward speed is expected during the next couple of days.

NHC forecaster Avila noted “Gaston is over warm waters and the shear is expected to increase just a little during the next day or two. Consequently, only a slight weakening is anticipated during the day or so. After that time, Gaston should encounter cooler waters resulting in a faster weakening. By the end of the forecast period, Gaston should become absorbed by another extra-tropical cyclone.”

For updated forecasts from the NHC, visit: http://www.nhc.noaa.gov.