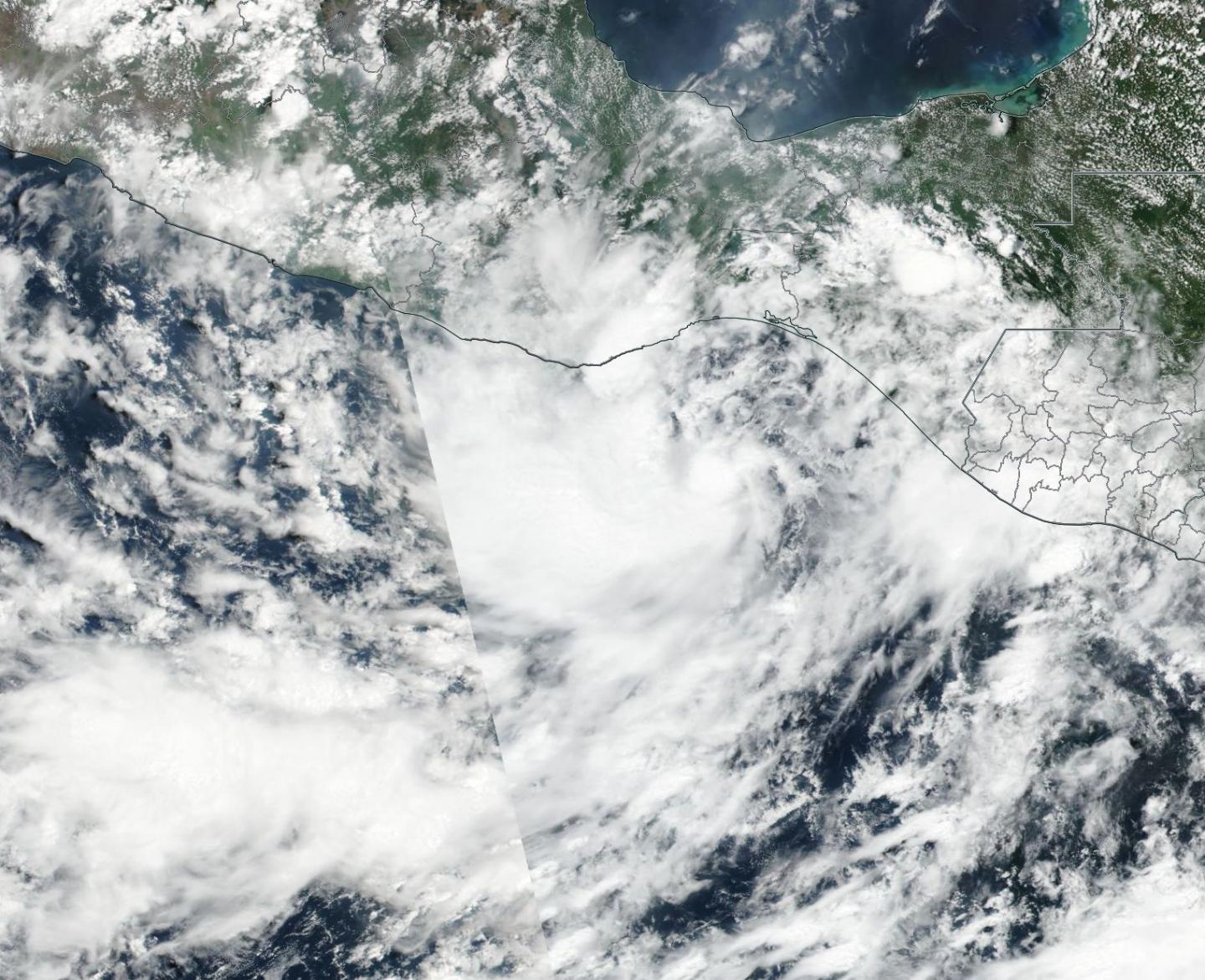 On June 11, the Visible Infrared Imaging Radiometer Suite (VIIRS) instrument aboard NASA-NOAA’s Suomi NPP satellite provided a visible-light image of a disorganized Tropical Depression 3E approaching southwestern Mexico. Satellite imagery revealed that there are periodic bursts of thunderstorm development near the center of circulation, and northwest of the center. The National Hurricane Center said that’s likely due to the influence of moderate easterly vertical wind shear. The development of thunderstorms to the northwest of the center give the storm a more “stretched out” appearance from northwest to southeast.

On June 12, a Tropical Storm Warning was in effect for the Pacific coast of southeastern Mexico from Boca De Pijijiapan to Punta Maldonado.

Because of the close proximity to the coast of Mexico, the National Hurricane Center (NHC) forecast said that locally heavy rainfall and dangerous mudslides possible. NHC said that Tropical Depression 3E (TD3E) is “likely to produce total rainfall accumulations of 5 to 10 inches across the Mexican states of Chiapas, Oaxaca, and Guerrero, with possible isolated maximum amounts of 20 inches. The depression is also expected to produce total rainfall accumulations of 1 to 5 inches in the Mexican states of Tabasco and Veracruz, as well as in Guatemala. These rains may produce life-threatening flash floods and mudslides.”

At 8 a.m. EDT (1200 UTC), the center of Tropical Depression Three-E was located near latitude 15.4 North and longitude 95.3 West. That’s about 45 miles (75 km) south-southwest of Salina Cruz, Mexico. The depression is moving toward the northwest near 3 mph (6 kph) and this general motion is expected to continue through Tuesday. On the forecast track, the center of the tropical cyclone will be near the coast of Mexico in the warning area by tonight.

Maximum sustained winds are near 35 mph (55 kph) with higher gusts. Some strengthening is expected, and the depression is forecast to become a tropical storm before making landfall in Mexico.

National Hurricane Center forecaster Jack Beven noted in the 4 a.m. EDT discussion “The cyclone is expected to remain over warm water in an environment of moderate shear until landfall, and thus gradual intensification to tropical-storm strength is expected.”