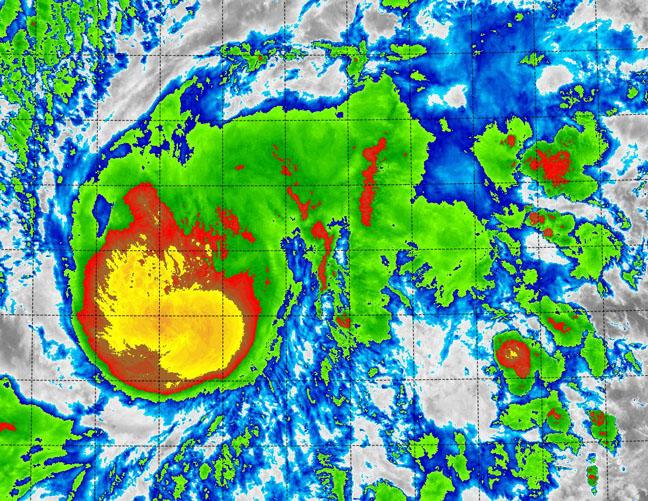 The Visible Infrared Imaging Radiometer Suite (VIIRS) instrument aboard NASA-NOAA’s Suomi satellite captured an infrared image of Higos at 14:34 UTC (9:34 a.m. EST) on Feb. 9 that provided temperature data on the typhoon’s cloud tops. Higher thunderstorms within a tropical cyclone are stronger storms with heavier rainfall. The highest, coldest cloud tops were in thunderstorms surrounding the center of circulation.

Suomi NPP’s job is to collect environmental observations of atmosphere, ocean and land for both NOAA’s weather and oceanography operational missions and NASA’s research mission to continue the long-term climate record to better understand the Earth’s climate and long-term trends.

The Joint Typhoon Warning Center forecast takes Higos to the northwest over the open waters of the Northwestern Pacific Ocean through Feb. 12 before the storm curves to the northeast where it will weaken as vertical wind shear becomes stronger.