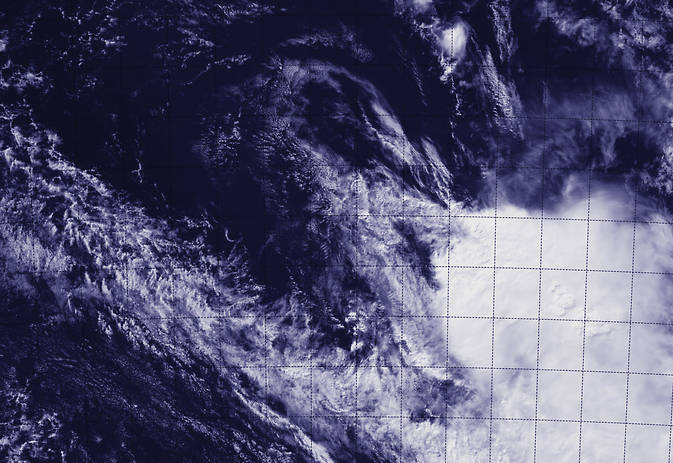 Strong vertical wind shear has taken a toll on Tropical Cyclone Ikola and that was pretty clear in a visible-light image from NASA-NOAA’s Suomi NPP satellite today, April 8.

When Suomi NPP flew over Tropical Cyclone Ikola at 07:05 UTC (3:05 a.m. EDT), the Visible Infrared Imaging Radiometer Suite or VIIRS instrument aboard captured a visible image of the storm.

The VIIRS image showed that the storm had basically unraveled and the bulk of clouds associated with it were pushed about 150 nautical miles (172.6 miles/277.8 km) southeast of the center. The thunderstorms were pushed by strong northwesterly vertical wind shear blowing between 40 and 50 knots. That wind shear also elongated the storm.

The Joint Typhoon Warning Center forecast called for the strong northwesterly vertical wind shear to continue to deteriorate the system and lead to its dissipation later today.