By SpaceRef Editor
September 23, 2012
Filed under Earth, MODIS Image of the Day, NASA MODIS Web, US 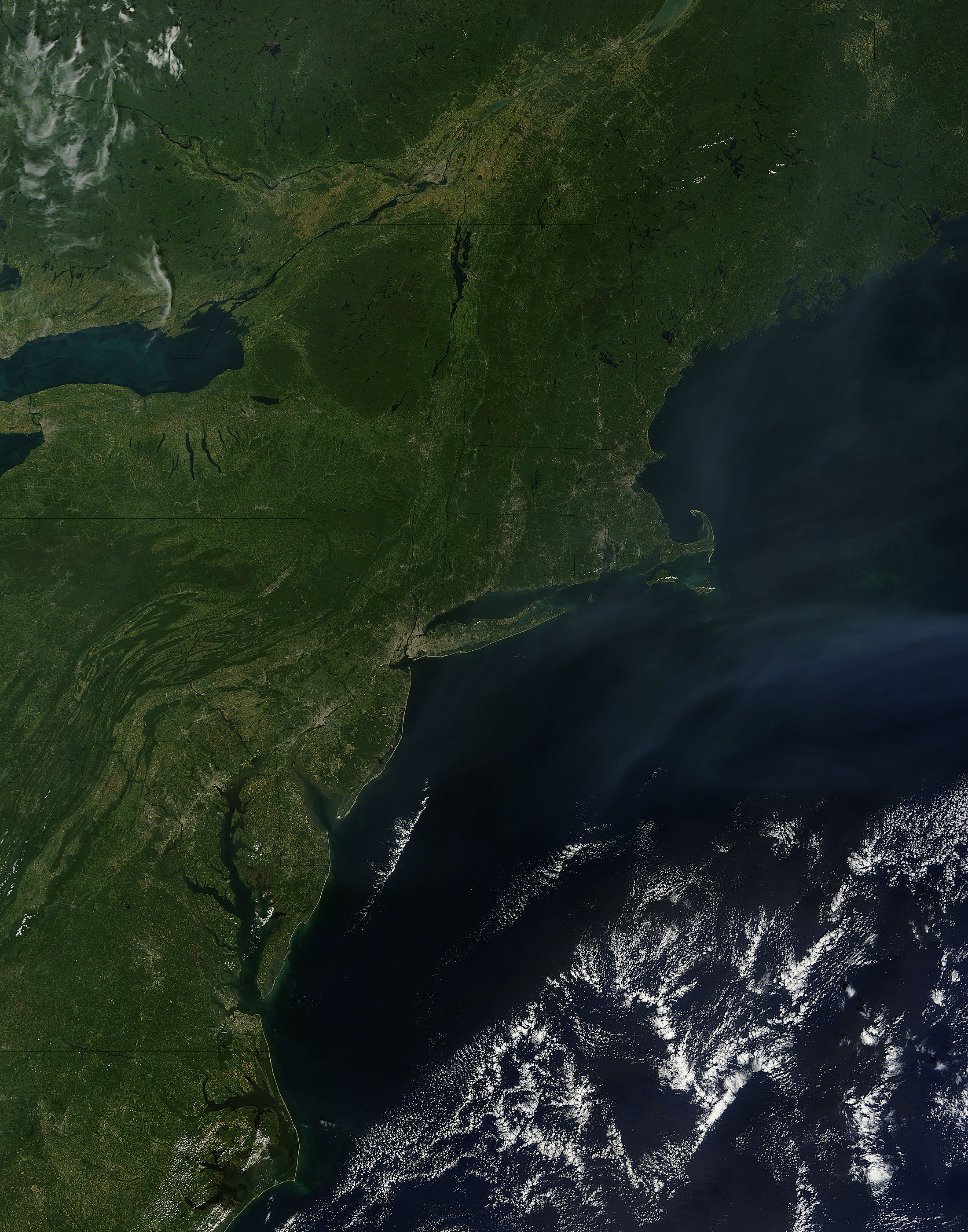 On September 12, 2012 the Moderate Resolution Imaging Spectroradiometer (MODIS) aboard NASA’s Terra satellite passed over the northeastern United States and captured this true-color image of the late summer land under a nearly cloudless sky. Although the skies are sunny, a thin haze seems to hang over much of the image, and thick streaks of smoke and haze hang over the Atlantic Ocean off the coast from Maine to Delaware. According to the Smog Blog published on September 13, smoke from fires in the east coast mixed with remnant smoke from fires in the western United States had been detected along the Atlantic coast, extending from North Carolina up to Canada. Throughout much of the summer of 2012, a continuing pattern of east-moving winds has carried smoke from the west long distances, causing hazy skies thousands of kilometers away.