By SpaceRef Editor
October 28, 2012
Filed under Earth, MODIS Image of the Day, NASA MODIS Web, US 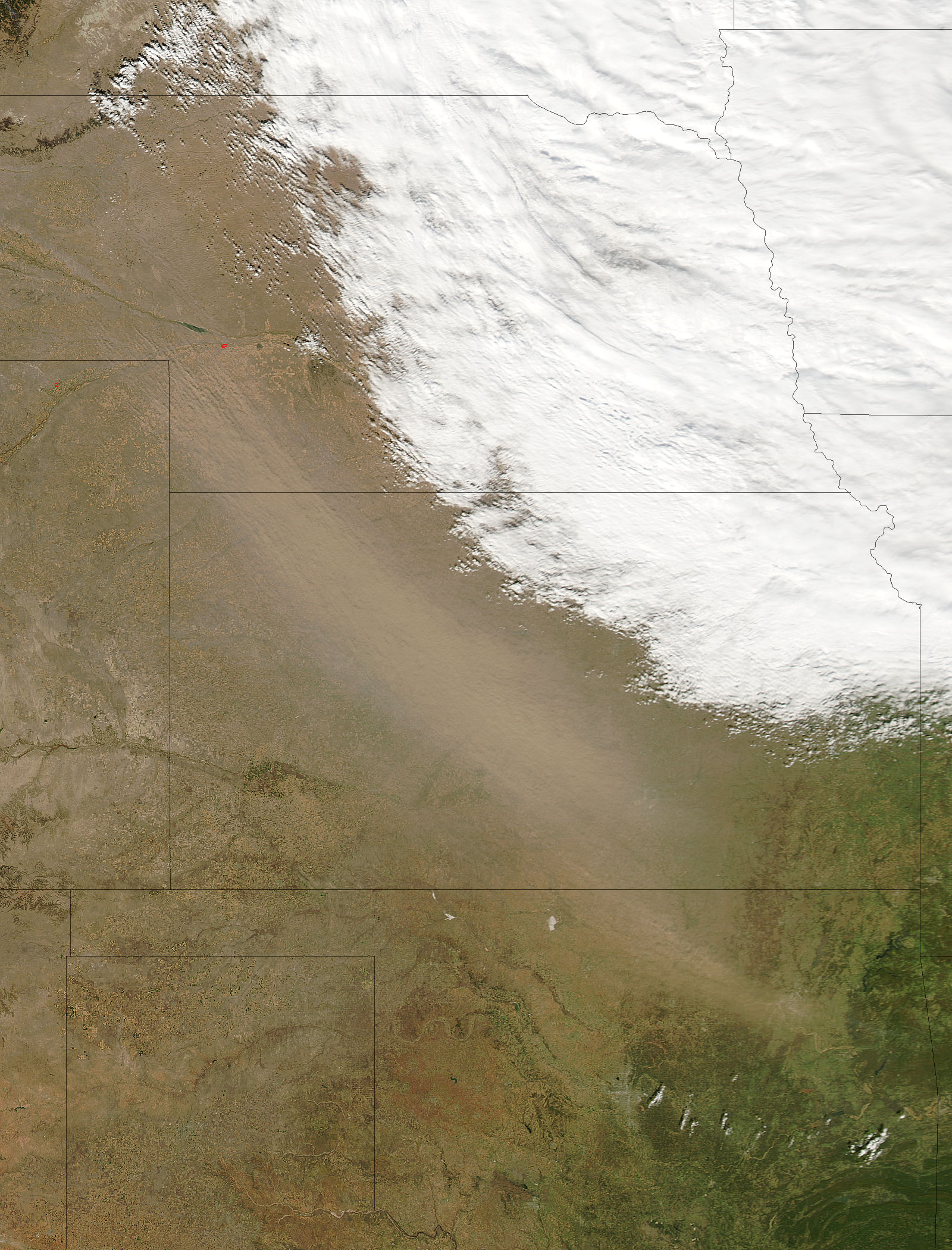 Parched by months of drought and searing heat, the Great Plains of the United States endured a widespread dust storm in mid-October 2012. Severe winds blew soil and sediment across hundreds of miles, closing highways and reminding longtime residents of the Dust Bowl years of the 1930s and the severe dust storms of the 1950s. The Moderate Resolution Imaging Spectroradiometer (MODIS) on NASA’s Aqua satellite captured this natural-color image of dust storms in the prairies of the United States around 1:15 p.m. Central Daylight Time on October 18, 2012. The dust appeared to have source points in southern Nebraska, though more localized sources in Kansas and Oklahoma also may have contributed. Many farms in the region are plowed in the fall for the planting of winter crops, so soils were loosened and ready for pickup by the wind. Gale-force northwest winds—with gusts approaching hurricane force—blew along the western edge of a storm system that stretched from the Canadian border to Kansas. The storm was the result of the collision of a warm, humid air mass from the southern United States with colder, drier air from Canada, a familiar occurrence in autumn in the middle of North America. High winds carried dust and dirt as much as 3,000 to 4,000 feet (900 to 1,200 meters) into the atmosphere, according to local weather reports. Authorities in several states reported near-blackout conditions in some places and wind gusts powerful enough to tip trucks driving along open highways. Portions of Interstate 35 in Kansas and Oklahoma, as well as Interstate 80 in Wyoming, had to be shut down due to accidents and poor visibility.