By SpaceRef Editor
October 24, 2012
Filed under Earth, MODIS Image of the Day, NASA MODIS Web, US 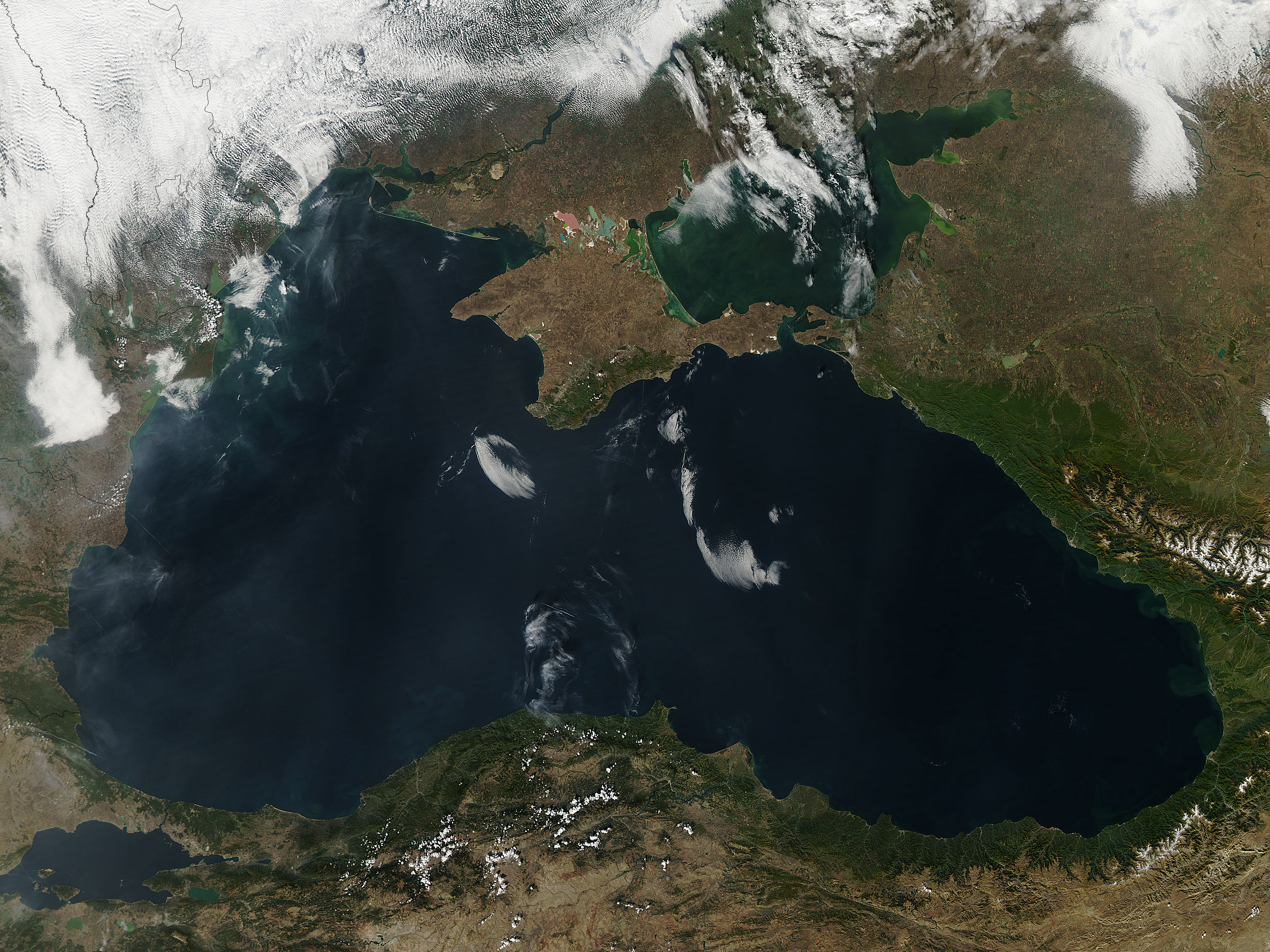 As autumn settles over the Black Sea, the cooling weather brings changes to the region. At dozens of popular seaside resorts spotting the coasts, the summer crowds begin to thin as tourists return to their homes. At the same time, millions of birds fly over the region in mass migration, leaving their northern summer homes in a rush to reach wintering grounds far to the south. According to BirdLife International, Bosphorus, Turkey, a narrow strait connecting the southwest Black Sea and the Sea of Marmara, becomes a major bottleneck on the Mediterranean/Black Sea Flyway, funneling over 2 million storks and raptors during both spring and fall migration. On October 16, 2012, the Aqua satellite, flying much higher than the migratory birds in its 705 km-high orbit, passed over the region, allowing the Moderate Resolution Imaging Spectroradiometer (MODIS) aboard to capture this true-color image of the changing land. Six countries border the Black Sea, and black lines have been overlain on the image to delineate those borders. Clockwise from the north, the countries are Ukraine, Russia, Georgia, Turkey, Bulgaria and Romania. The smaller, landlocked country in the northwest corner is Moldova. Most of the land is colored in tans and brown, indicating agricultural lands which have finished crop production for the season. At high resolution, many of these areas appear in patch-work rectangles, also indicative of farmed land. In the farmland of Russia, smoke plumes rising from the land can be easily visualized at high resolution, and a haze of smoke hangs over that area. The smoke is likely the result of agricultural fires. Haze also hangs over the western Black Sea, quite possibly also the result of fires burning on the western lands, possibly hidden under heavy cloud cover. While much of the land lies in autumnal tans, forested areas wear a mantle of greens. On the southern coast, where the air temperature has remained warmer, the vegetation remains dark green. In the north, light greens and yellows – colors of the changing autumn leaves – prevail. In the southeast, snow covers the high peaks of the Caucasus Mountains.